Those earning less also saw their incomes recovering to levels before the pandemic hit.

SINGAPORE - The incomes of Singapore residents rose above pre-Covid-19 levels this year, rebounding from last year when it took a hit for the first time in 16 years because of the pandemic.

The nominal median income of residents - Singaporeans and permanent residents - grew by 3.2 per cent to $4,680 in June this year, up from $4,534 in June 2020, according to advance estimates released by the Ministry of Manpower (MOM). This is after it dipped by 0.6 per cent last year.

After taking inflation into account, the growth in real median income was smaller at 1.1 per cent, a reversal from the 0.4 per cent decline the previous year, the ministry said in the annual report on Wednesday (Dec 1). The income data is for people in full-time employment and includes employer CPF contributions.

Overall, the labour market gradually recovered this year, although it has not fully returned to conditions before the pandemic, MOM noted.

“We expect the labour market recovery to continue in the second half of the year and into 2022, but in an uneven manner across sectors.”

Real income of full-timers at the 20th percentile income bracket rose by 4.6 per cent, not including government payouts.

MOM said that if government payouts to lower-income workers are considered, such as the Workfare Income Supplement, the income at the 20th percentile this year surpassed its pre-Covid-19 level by 0.6 per cent.

Over the five years from 2016 to this year, the real income growth of lower-wage workers "remained strong, enabling them to continue to gain ground on median incomes", the ministry highlighted in its report, which is based on mid-year data.

Read Also
The average Singaporean household income: Where do you stand? 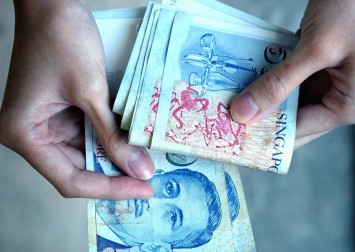 Bolstered by efforts such as the Progressive Wage Model to improve their salaries, the real income growth of full-timers at the 20th percentile was 2.8 per cent per year, higher than the median of 2.2 per cent per year.

In the latest monthly update on unemployment given by MOM on Wednesday, the overall rate remained unchanged in October, at 2.6 per cent.

The resident unemployment rate fell to 3.4 per cent in October, from 3.5 per cent in September. The rate for citizens also improved slightly, from 3.7 per cent to 3.6 per cent.

While resident unemployment rates have improved over the year, they "remain elevated", said MOM in its report.

The resident unemployment rate for professionals, managers, executives & technicians (PMETs) edged down slightly to 3.4 per cent in June, from 3.5 per cent a year earlier. For resident non-PMETs, the rate improved to 5.1 per cent, from 6.4 per cent.

In addition, the resident long-term unemployment rates, which look at those who have been unemployed for 25 weeks or more, held steady at 0.8 per cent for PMETs and 0.9 per cent for non-PMETs after increasing last year.

MOM said this elevated long-term unemployment rate compared to before the pandemic suggests that some workers who were displaced faced challenges in their job search.

Meanwhile, the employment rate rose across various groups, with MOM attributing it to the economic recovery and support measures such as the SGUnited Jobs and Skills package, Jobs Support Scheme and Jobs Growth Incentive (JGI).

Overall, the employment rate for residents aged 15 and above rose to 67.2 per cent in June, up from 64.5 per cent a year earlier, according to the report.

A further breakdown showed that the employment rate of youth aged 15 to 24 jumped from 30.9 per cent to 37.2 per cent over the same period. This was mainly due to more students taking on part-time or temporary work on the side, said MOM.

Read Also
Has our household income really overtaken the growth in property prices? We take a look at the data 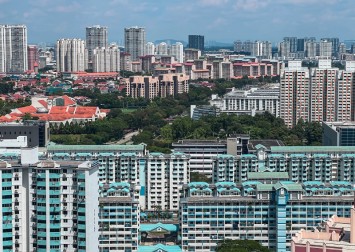 Further, 88 per cent of resident employees were in permanent roles, said the report. It added that the number of residents on permanent employment grew by 50,900.

An increase in demand for temporary labour for Covid-19-related activities and economic uncertainty led to a new high in the share of those on fixed-term contracts at 8.4 per cent. This was an increase from 7.3 per cent last year, and driven by more residents taking on contracts of less than one year.

In its report, the ministry also highlighted how full-timers put in fewer hours of work per week, compared to a decade ago. Full-time employees worked an average of 45 hours a week this year, compared to 49.2 hours a week in 2010.

As of end-September, more than 146,000 job seekers have been placed into jobs, attachment and training opportunities under the SGUnited Jobs and Skills package, said MOM.

The JGI, which supports firms to expand hiring of local job seekers, helped 58,000 businesses to hire more than 400,000 locals between September last year and May this year.

Manpower Minister Tan See Leng, speaking to the media after visiting staff at Raffles Hotel on Wednesday morning, said the focus now is on  developing local workers through skills upgrading, while working with employers to redesign job roles for the future.