Is it worth buying a resale HDB flat for rental income? Top 10 HDB towns by rental yield

One of the biggest advantages of HDB flats is their low cost, in comparison to the potential rental income. In terms of gross rental yield, the typical mass-market condo averages two to three per cent per annum (as of 2021).

It’s often only shoebox units, or the oldest condos, that can reach an average of five per cent.

With resale flats however, gross rental yields of five to seven per cent are the current norm; almost on par with some commercial properties. However, the fact remains that some HDB towns perform significantly better than others – these are the top ones to date:

How we derived the HDB rental yield

The following is based on gross rental yield (annual rental income / cost). In addition, we have included the lease start date for most of the flats.

Note that there will always be variations for individual units (e.g., units closer to MRT stations may generate a higher yield, as might more recently renovated units) for details on a specific flat or block, contact us with the address and we’ll look it up for you.

We have separated the top 10 lists for three-room, four-room, and five-room flats. We’ve left out executive flats as transaction volumes are lower, and median rents are sometimes unclear.

Key things to note about the HDB rental market in 2021

1. We may be reaching a new peak for HDB rental rates

Despite a fall in leasing volumes for February (mainly due to Chinese New Year), the HDB rental market has seen a rise in recent months:

Despite lower transaction volumes, monthly rental rates have risen for eight consecutive months between June 2020 to Feb 2021; this is from an average of $1,977 to $2,049.

It’s expected to rise further along with leasing volumes over this past month, as the Chinese New Year month is usually a lull period.

Overall, HDB rental rates are still down around 12 per cent from the last peak in August 2013, when rates averaged $2,307.

However, it’s worth noting that rental rates were more or less in continuous decline since 2013, so the past few months have made up several years of declining rental. It’s especially surprising, given that the rental market was expected to suffer the most from Covid-19.

What’s causing this to happen?

When HDB rental rates started rising around June (the time of the Circuit Breaker), the most common attribution was to Malaysia’s Movement Control Order (MCO), and “stuck” foreign workers.

The reason given was that leasing volumes and prices picked up, because of foreigners unable to return and forced to stay.

However, that alone wouldn’t explain why HDB rental rates continued to soar afterward; and we’re not sure why. Conversations with realtors and analysts have given us a hodgepodge of explanations, including:

It’s also possible that it’s all of the above combined. In any case, 2020 and 2021 are proving to be strange years for the property market; and good ones for flat owners renting out.

2. The rental difference is not very big, in absolute terms

For reference, the typical size difference between a four-room and five-room flat is about 200 to 215 sq.ft (older flats tend to be bigger).

Prospective tenants may want to take note, as the rental costs for a bigger flat may be easily justified in some cases.

Four-room flats are a good overall indicator of HDB trends, as they’re the most ubiquitous flat size. Notice that a number of neighbourhoods, that weren’t always on the top 10 lists before, are beginning to creep in among four-room flats.

Read Also
Renting out private property in Singapore: 10 tips for a first-time landlord 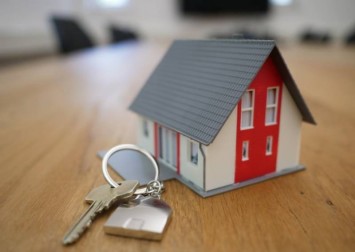 Clementi and the non-mature town of Sembawang are starting to see more interest. Clementi’s presence isn’t surprising, as the area has benefitted from proximity to One-North and Buona Vista.

For Sembawang, recent improvements – particularly the emergence of Bukit Canberra – suggests this might be a place to watch.

Also note that, in the context of four-room flats, four of the top five HDB towns are non-mature areas.

The lower costs of these estates make it easier to generate a good yield. It’s something to think about, for more investment-minded flat buyers.

Following recovery from Covid-19, we expect that rental rates for HDB flats should continue to pick up

As more foreign workers return to Singapore, there will likely be more demand for rental flats. However, this may be mitigated by the sheer number of flats reaching their MOP this year.

If everyone has the same idea to put their flat on the rental market right after five years, we may see the momentum slow.

Otherwise, 2020 and 2021 seem to be the pay-off year for many flat owners; especially those who bought four-room units early on, in less mature estates.