If you frequent the hawker centres of Singapore, it would be hard to miss these huge blue cylinders sitting at the stalls.

The cylinders contain liquified petroleum gas (LPG) and are used to cook the food we love.

One of the providers of LPG cylinders to the hawkers is Singapore-listed company Union Gas Holdings Ltd .

As of the time of writing on Monday, the Union Gas share price rose a further four per cent to $0.91, attracting a query from the Singapore Exchange due to the “unusual price movements”.

Curious investors would be wondering if there’s value in Union Gas and whether it’s worth buying its shares.

Union Gas has been a provider of fuel products in Singapore for the past 40 years and counting.

It has three main business segments, and they are:

Under the retail LPG segment, Union Gas distributes and supplies bottled LPG cylinders and is involved in the sale of LPG-related accessories such as stoves and hoods to domestic households.

It is also involved in supplying LPG to hawker centres, coffee shops, and commercial central kitchens.

Union Gas has one of the largest delivery fleets in Singapore with over 200 vehicles to support islandwide distribution.

Its customers can buy LPG through its mobile app, online ordering portal, or simply by scanning QR codes.

For 2020, the retail LPG segment brought in the bulk of total revenue at 79.3per cent.

At the facility, it produces, sells and distributes compressed natural gas (CNG) mainly to natural gas vehicles and industrial customers for their commercial use.

Union Gas has also diversified into the supply of piped natural gas (PNG) to customers in the services, manufacturing and industrial sector.

Under the diesel segment, Union Gas sells and distributes diesel to retail customers at the Cnergy Station. The company also transports, distributes and sells diesel to commercial and industrial customers.

This segment brought in 19.5 per cent of the 2020 total revenue for Union Gas.

For the financial year ended Dec 31, 2020, Union Gas’ revenue rose 9.4 per cent year-on-year to $86.2 million mainly due to higher revenue from its retail LPG business.

However, the growth was partially offset by a decrease in revenue from its other two business segments.

The better showing in its retail LPG business was on the back of Covid-19 restrictions and measures put in place last year. This led to more households cooking and eating at home. 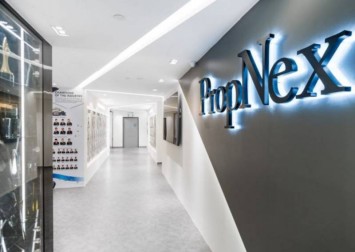 The company’s net profit for 2020 rose 64.7 per cent to $13.9 million, which included $1.5 million from the Job Support Scheme . Excluding this, net profit would have still increased by a high rate of 49 per cent.

Union Gas mentioned in its 2020 annual report that its financial performance for the year was its best-ever since going public.

Union Gas has a dividend policy of paying out at least 50vper cent of its yearly net profit as a dividend.

The following table highlights Union Gas’ financial performance from 2016 to 2020:

The company’s balance sheet remains rock-solid. As of  Dec 31, 2020, it had $34.2 million in cash and cash equivalents and just $1.7 million in total borrowings.

In line with the Singapore government’s push towards going green , Union Gas is collaborating with Surbana Jurong to study and evaluate the potential redevelopment of its existing fuel station at Old Toh Tuck Road into Singapore’s first multi-fuels and energy facility.

Union Gas is also looking to venture overseas to supply and distribute LPG in the Kingdom of Cambodia through a joint venture.

Read Also
Stock investment ideas: Singapore-listed companies that are rated as a 'buy' 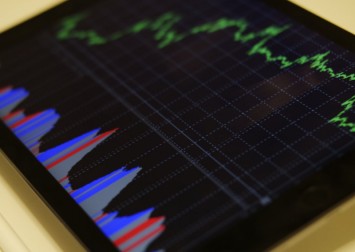 It has already signed a non-binding letter of intent with Worldbridge Industrial Developments Ltd in March 2021 with regard to this.

At Union Gas’ share price of $0.91, it has a historical price-to-earnings (P/E) ratio of 15x and a dividend yield of three per cent. The P/E ratio is on the higher end compared to the past years.

The revenue and earnings spike in 2020, and hence, the higher valuation, could be a one-off thing based on the Covid-19 restrictions that were put in place.

However, if flexible work arrangements become a norm in Singapore going forward and the new ventures by the company take off, Union Gas could continue its strong business performance and the higher valuation could be warranted.