Based on caveats, it is the largest transaction by quantum and the highest price per sq ft this year.

"It is the highest price on a per square foot basis ever achieved for an entire floor in Suntec City Tower 2," Huttons' statement said.

Huttons Group associate senior division director Aric Lim, who brokered the sale, said the buyer, who is of Chinese descent, liked the unblocked view of Marina Bay and that the well-thought-out renovation suited his immediate needs.

Suntec City is one of the largest mixed-use developments in Singapore, and comprises a shopping mall, five office towers and a convention centre. 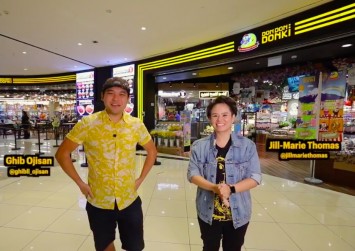 "Singapore has seen many ultra-high net worth individuals from Greater China in recent years seeking to establish a local presence in Singapore spanning across all segments of the property market," he said.

Prices of office space in Singapore's central region rose 4.4 per cent in the first quarter of 2022, reversing from a 1.8 per cent decline in the previous three months, according to data from the Urban Redevelopment Authority.

CBRE head of research for South-east Asia Tricia Song said that as working from home is no longer the default since Jan 1, it gave occupiers confidence.

"With new and expansion demand from technology occupiers, and broad-based economic recovery, the office market is poised to benefit from employment gains," she added. 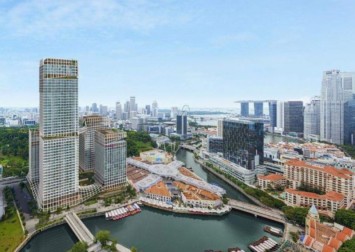 Ms Yap Hui Yee, senior director of investment sales and capital markets at Savills Singapore, said: "Interestingly for some firms, instead of downsizing - the prevalent expectation last year - some have embarked on modest expansions."

Sectors such as tech, finance, consumer products and cryptocurrency have contributed to office leasing demand, said Colliers Singapore head of research Catherine He.

There has been a weak adoption of hybrid working, largely due to convenience and the short commute time in Singapore, she added.

Ms He said: "The vital role which offices continue to fulfil, such as collaboration and in-person meetings, means companies cannot afford to give up their space completely."

Mr Wong Xian Yang, head of research at Cushman & Wakefield, said prices for Grade A strata offices will continue to rise this year, as sellers are likely to hold on to their asking prices due to limited stock.

Ms Yap said there is interest from both local and foreign buyers as Singapore has positioned itself as a "safe haven" investment destination due to political stability, the transparent and liquid real estate market, and the low-tax environment.