While both Binance and FTX are unlicensed here, the clear distinction between the two is that Binance had actively courted users in Singapore. PHOTO: REUTERS

SINGAPORE - As long as cryptocurrency exchange Binance is unlicensed in Singapore, it has to continue to not court users here, the regulator said on Monday (Nov 21), after the world’s largest exchange by trading volume rolled back some of its restrictions on local customers.

This comes after The Straits Times reported last Friday that some Singapore users can now access Binance.com when previously the buying and selling of crypto on the platform was blocked. ST understands that the Binance mobile app is now back in Singapore app stores and Singapore users can trade crypto via the app, a speculative activity that has garnered repeated warnings from authorities.

Previously, Binance took steps such as geo-blocking of Singapore IP addresses or the removal of its app from Singapore app stores to demonstrate that it had stopped soliciting and providing services to Singapore users.

The Monetary Authority of Singapore (MAS) said: “Should Binance decide now to dismantle some of these restrictions, it has to continue to comply with the prohibition against soliciting Singapore users without a licence.”

In a statement issued Monday, MAS also made clear its position in relation to Binance, the now-bankrupt exchange FTX and reiterated the danger of crypto speculation.

It noted that while both Binance and FTX are unlicensed here, the clear distinction between the two is that Binance had actively courted users in Singapore. It also offered trades in Singapore dollars.

“Binance in fact went to the extent of offering listings in Singapore dollars and accepted Singapore-specific payment modes such as PayNow and PayLah,” MAS said. 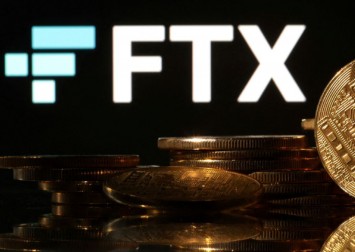 The regulator received several complaints about Binance between January and August 2021. This was in addition to announcements in multiple jurisdictions, including Italy, Japan, and the United Kingdom, of unlicensed solicitation of customers by Binance during the same period.

For soliciting Singapore users without a licence, MAS placed Binance on the Investor Alert List (IAL) in September last year. It also referred the case to the police’s Commercial Affairs Department, which started an investigation into Binance for possible contravention of the Payment Services Act.

On the other hand, there was no evidence that FTX was courting Singapore users specifically.

Trades on FTX also could not be transacted in Singapore dollars.

So there was no reason to place FTX on the IAL as there was no evidence that it had contravened the Payment Services Act, MAS said.

And as in the case of “thousands of other financial and crypto entities that operate overseas”, Singapore users were able to access FTX services online.

MAS added that there are hundreds of such exchanges, and thousands of other offshore entities that accept investments in non-crypto assets. “It is not possible to list all of them and no regulator in the world has done so,” it noted.

“The purpose of the IAL is to warn the public of entities that may be wrongly perceived as being MAS-regulated, especially those which solicit Singapore customers for financial business without the requisite MAS licence.

“It does not mean that the thousands of other entities operating offshore, which are not listed on the IAL, are safe to deal with,” MAS added.

The MAS publishes a Financial Institutions Directory on its website that is an exhaustive list of all MAS-regulated entities, besides the IAL.

The most important lesson from the FTX debacle, the regulator said, is that dealing in any cryptocurrency on any platform is hazardous.

“Crypto exchanges can and do fail. Even if a crypto exchange is licensed in Singapore, it would be currently only regulated to address money-laundering risks, not to protect investors,” said MAS.

It added that this approach is similar to that taken in most jurisdictions.

A key misconception is that it was possible to protect local users who dealt with FTX, such as by ringfencing their assets or ensuring that FTX backed its assets with reserves, MAS said, adding that it is unable to do this as FTX is not licensed by MAS and operates offshore.

In late October, MAS published a consultation paper proposing basic investor protection measures for crypto players who are licensed to operate in Singapore.

That said, even if a crypto exchange is well-managed, cryptocurrencies themselves are highly volatile, said the regulator.

“As MAS has repeatedly stated, there is no protection for customers who deal in cryptocurrencies. They can lose all their money.”