Money Muse: He believes in being unapologetic about who you are

Money Muse is AsiaOne's maiden series of profile interviews with financial and investment bloggers where we learn more about what they do, how they started writing, their motivations as well as lessons gleaned through their writing journey.

We recently caught up with Vinleon Ang from Singapore Business Owner (SBO), an online business magazine, which strives to provide up-to-date information, advice and inspiration to entrepreneurs.

Indeed, when we first met, Vinleon struck me as a cheeky guy and that flows through his writing which, amongst others, looks to bring some colour to the daily toil of a startup founder.

During our chat, we touched a lot about his journey through various startups as well as how he ultimately landed up with his most recent pursuit in SBO.

HOW DID YOU START WRITING ABOUT BUSINESSES? DID IT COME NATURALLY TO YOU?

One of my NS (National Service) buddies got me started on writing on his food blog. I didn't consider myself a good enough writer but went for it anyway. After that, I continued to write about food for two lifestyle magazines, which closed down due to some management challenges.

I was a little bitter about my efforts going down the drain with the companies. Still, my time with them made me realise how much I really loved writing and being in the media industry. That was when I decided that one day, I would run a magazine — but I probably wouldn't start with lifestyle. 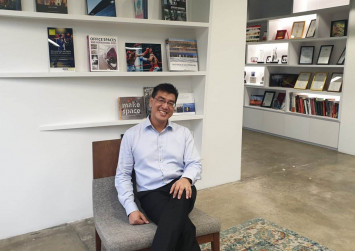 There was a brief writing hiatus until some friends and family who knew I wrote referred some businesses to me. I wasn't sure if I could take on corporate clients, but gave it a shot anyway. Surprisingly, they were quite happy with my work, so I thought, why not turn it into a business?

As an introvert, I dread the notion of having to interact with large groups of people, especially with a sales agenda at the back of my head. But you've got to do what you've got to do to survive, right? So I signed myself up for weekly networking, which was where I met my co-founder, Ken.

He's an accomplished SEO (search engine optimisation) consultant, and he fed me writing jobs during my time at the network. As we worked more closely, we started to open up about business and personal struggles that we were both going through.

One day, he revealed that he owned a domain, sbo.sg, which he had named Singapore Business Owners. He wasn't doing much to the site. I shared my desire to run a magazine with him, but it didn't really sink in for him until six months later (thanks to my persistent pestering).

He gave me a month to show him what I could do to the site. I brought in some incredible figures that month, and the rest is history.

WHEN YOU STARTED ON YOUR JOURNEY WITH SBO, WHAT PERSPECTIVES DID YOU TAKE?

V: We set out to attract the new generation of aspiring and full-fledged entrepreneurs, which we did. It was only natural to target them as a business magazine, but it was also because I think they are underserved.

Having been through a few startup failures myself, I realised there were not many publications that focused on the real challenges that startups and SMEs faced. Many of them cover wider issues or news that tend to be more relevant to more established companies or whole industries.

We also wanted to change the way people perceived business. It's a strange time to be in business, because startups are championing changes (such as flatter hierarchies, flexible work arrangements and relaxed dress codes) that MNCs are already taking seriously, but the way the media represents businesses and the way the public sees business people have not moved with the times. 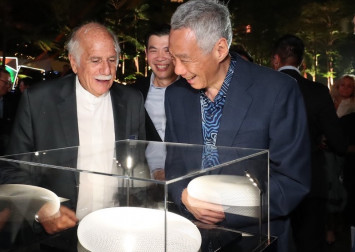 People are also consuming media differently now, so the media (including ourselves) and businesses risk becoming irrelevant if they continue to communicate in the same rigid ways.

Those are the two main gaps we wish to fill with our often lighthearted content that is jam-packed with information that business owners can use.

Some of our content also attracted customers of businesses that we featured. It was nice to see them leaving messages of support for their favourite brands and sharing the love by tagging their friends.

HOW DO YOU KEEP YOURSELF MOTIVATED WHILE BUILDING A STARTUP FROM SCRATCH?

V: I'll be honest — some people start their businesses hoping for a better life, and I'm no different. That's something that really pushes me.

I also hope that our platform can lend a voice to the voiceless and lift up the underdogs, especially those who are good at what they do or are contributing to the society productively but are overshadowed by hype or fanfare.

WAS THERE A PARTICULAR UNDERDOG SUCCESS STORY YOU FEATURED?

V: We featured a local bookstore, Epigram, because he fitted well into our idea of an underdog that deserved more publicity. But it was a gamble for us since we weren't making money at that time; time was money.

But his story resonated with locals and foreigners alike, and the video went viral. People were sharing it and comments poured in. It wasn't all good (as with all things social media), but they were generally well-wishes for (founder) Edmund (Wee) and some words of encouragement and support for the content we were doing.

It was nice to see our hard work pay off and, at the same time, Epigram getting the kind of exposure they deserved.

WHAT IS THE BIGGEST FINANCIAL ISSUE YOU HAVE FACED?

V: I went for a year without a salary. I come from a single-parent family that isn't well-off financially, so this website is a do-or-die situation for me. But I think this is also an excellent motivation for me to make SBO a success.

Things are better now. We haven't made losses and I'm drawing a living allowance. Some interns are actually better paid than I am.

Some people made me feel bad for running my business, sacrificing friends and family time, being a "miser" or "mercenary", belittling the things that I'm doing and so on.

I learnt to cut out the excess, not just in terms of expenses but also people. Life is too short, and I have a livelihood and other more supportive people to focus on.

WHO HAS BEEN A ROLE MODEL FOR YOU THROUGH YOUR JOURNEY WITH STARTUPS?

V: I love a good underdog, so it has to be Jack Ma.

He had a rough start in life. When he wanted to start a business, few believed in him, some thought he was crazy, but he went on to become China's richest man and retired at the age of 55. His grit and foresight are just amazing.

IF THERE IS ONE THING YOU CAN TELL YOUR AUDIENCE, WHAT WOULD IT BE?

V: People's opinions of you are based on whatever limited information they have of you. As long as you're not doing anything harmful, be unapologetic about being yourself and the business you run.

There's no need to justify your worth to those who know little about you, as long as it puts food on the table and you can lead a satisfying life.

Singapore Business Owners will be part of an increasing and growing stable of bloggers whose writings we will feature in our money column. Look out for their stories!