If you're considering to ballot for an HDB BTO project, location, amenities and accessibility shouldn't be the only factors to consider. One main factor to consider is whether it's located in a prime location, mature estate or non-mature estate. This is because it determines things like eligibility, resale gains, priority flat allocation and price.

This refers to BTO projects that fall under the Prime Location Public Housing (PLH) model, which was announced in October 2021.

As the name suggests, these BTO projects will be located in the city centre (so technically, they're in mature estates as well), near amenities like malls and MRT stations. The first PLH BTO projects are River Peaks I & II in Rochor, located in the Central area housing estate. One main highlight is that Jalan Besar MRT is right next to these developments.

Securing the ballot number for a PLH BTO flat means that you get to live in a prime area like the city centre or Greater Southern Waterfront at a subsidised rate.

Read Also
Do you really need a 5-room HDB flat? 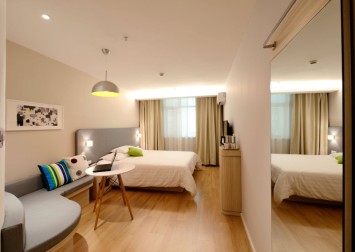 But the downside is that it comes with several restrictions aimed to deter people from buying a BTO flat for profit, curbing the lottery effect (which is what we've seen for projects like Pinnacle @ Duxton).

The major one is the 10-year Minimum Occupation Period (MOP). And let's not forget the construction time too. Just take the example of the Rochor BTO, which has a waiting time of nearly six years (71 months to be exact). This means that if you manage to secure a flat there, you have to wait 16 years before you can sell your flat to upgrade or buy a private property for investment. And a lot can happen in 16 years.

Then there's the $14,000 income ceiling when these flats enter the resale market (which may or may not change in 10 years), limiting the pool of buyers you can sell your PLH flat to. Coupled with the subsidy clawback, there's potentially less resale gains.

And because of the prime location of these flats, they have the highest price tags among the BTO projects. For instance, the starting price of a four-room Rochor BTO flat was $582,000.

All these restrictions didn't deter people from applying for the Rochor BTO though. Within two days of the application period in the November 2021 BTO launch, the overall subscription rate was 4.6 for four-room flats. The launch ended with an overall rate of 10.3.

So if you decide to ballot for a PLH BTO, expect tough competition.

Given the restrictions that come with the PLH BTO projects, the mature estate BTO projects are now even more attractive. This is especially for those in excellent locations such as the Telok Blangah Beacon BTO, which is very close to the Greater Southern Waterfront; flats in such locations can potentially earn the highest resale gains after the five-year MOP ends.

For starters, there's no income ceiling requirement to buy these flats when they enter the resale market. So the pool of buyers can include high-income earners who are more than willing to pay top dollar for choice flats.

Compared to River Peaks BTO, the Telok Blangah Beacon BTO has a slightly higher starting price of $602,000 for a four-room flat. But these flats don't come with an income ceiling and subsidy clawback when they're resold. So owners of these flats can potentially get higher resale gains, which may mean more funds to upgrade, whether it's for a bigger flat, EC or even condo.

However, depending on the project, the application rate can be pretty high too. For instance, in the last launch in November 2021, four-room flats in Kallang/Whampoa had an overall subscription rate of 6.6, compared to the same flat type in Hougang, which had a rate of 4.3. So the chances of getting a queue number here can be pretty low.

If you're single, these are the only locations where you can apply for a BTO. To be more specific, you can only apply for two-room Flexi flats. (You can still go for resale flats in any other estates, of any flat type, apart from the PLH flats.)

The main thing about non-mature BTO projects is that there's generally lower competition. So if you want to increase your chances of securing a queue number, your best bet is to ballot for a non-mature estate BTO project, especially if it's not that popular.

(We do have special cases though, like the Kovan Wellspring BTO during the August 2021 launch, which saw an overall application rate of 24.9 for four-room flats.)

What's more, there's a higher flat allocation for second-timers applying for a non-mature estate BTO if they apply under the Married Child Priority Scheme (MCPS).

Flats here are generally the cheapest ones too, given that they're further away from the city centre.

READ ALSO: Should right-sizing be part of your retirement plan?