Selling your home during Hungry Ghost Festival: Is it any less profitable?

A picture of Hungry Ghost Festival in progress.

You may have heard of the excuse used by agents to account for a slow-moving month in August:

"Oh yes, it was the Hungry Ghost Festival, that's why"

For those who are unaware, the "Ghost Festival" ("GF") falls on the seventh month of the lunar calendar (i.e. from August) and usually lasts for a month (i.e. till September).

It is believed that individuals should avoid making important decisions (like buying a house) during this period or they may experience bad fortune in the future.

While our society is more westernised now, the practice of ritualistic offerings around our estates (and previously Getai) to placate our "good brothers" is still somewhat prevalent.

Hence, this superstitious belief continues to remain relevant in Singapore. Although it is shown that during a hot market like in 2021, sales during August actually continued to rise - contrary to popular belief.

That said, it is also no surprise that developers typically avoid launching their developments during the Hungry Ghost Month.

However, in recent years, we do observe a few prominent developments that have bucked the trend in recent years (see Table 1 below), which saw encouraging sales due to their attractive pricing back then.

The healthy sales were also partly due to the dwindling supply of new homes and construction delays due to the pandemic, which resulted in pent-up demand from home buyers, as seen by the increasing take-up rates.

It also shows that developers are shrewd, capitalising on the prevailing market sentiment while overlooking superstition, which brought them good take-up rates and margins.

Table 1: Project launches during the GF and corresponding take-up rate

As such, should we eschew our superstitious beliefs and pounce on opportunities like the developers? Let us unveil our findings for you!

Notes on this study

Before we present our findings, we wish to highlight a few caveats/points in our dataset, which are similar to our previous article on Chinese numerological superstition on property prices, except for the last point on data categorisation

We gathered some key findings based on the insights we gleaned from the data and have summarised them as follows:

Yup, there was no typo in the header.

While it has been posited that Ghost Festival months record fewer transactions due to traditional taboo, we were surprised to find that the number of transactions per month during this period was actually higher on a per month basis in recent years, refuting conventional belief (see Tables two and three). We are unsure if this suggests that people are becoming less sensitive toward transacting properties, as deeper research would be required to uncover the reasons for this observation.

In addition to this, the average profitability between those who sold during the Ghost Festival months and those who sold outside that window do not differ much. While the average profitability is higher across all three regions during the Ghost Festival period, the gains are so marginal that they are taken to have no significant meaning.

2. Gains for all house sizes during Ghost Festival months were slightly higher

In our previous study, we shared that larger houses (i.e. four-bedders and above) registered higher profits if they possess "auspicious" numbers, which can be construed as a form of "conspicuous spending", whereas those who can afford bigger houses would also likely pay a premium to own one with "auspicious" numbers.

Consistent with the preceding finding in this study, we saw that higher profits were clocked during the GF months for all house sizes (see Table 4), although the difference was subtle at about one per cent or slightly lesser. Again, we noticed the number of transactions per month that occurred during the GF months was higher than in non-GF months, contradicting the entrenched taboo in our society.

As shared in our previous study, we did not find strong proof that buildings with offer better returns, as most of these developments are boutique in nature and did not have frequent transactions.

Similarly, there was no clear advantage of sellers during the non-GF months over those in the GF months (pls see Table 5 below), although the same trend of higher number of transactions per month during GF months persisted. This could also imply that building names carry less weight than house numbers in terms of the degree of superstitious belief.

By now, you might have noticed the recurring trend that property transactions recorded in GF months have a higher volume. This is true even across transaction types, with only sub-sale to sub-sale transactions having the same average volume on a monthly basis.

This study provides a further revelation that superstitious belief does not impact the profits of properties that may seem to be a popular belief among many. Whether this is the result of a more educated, globalised, and westernised society is beyond the scope of my findings.

However, one thing is certain - the fact that the volume of transactions was not significantly different during the Ghost Festival period compared to the Non-Ghost festival period shows that Singaporeans, in general, aren't fazed by this superstition with respect to their property buying/selling decisions.

Read Also
Pre-schools, condominiums, MRT stations: Here are 8 'normal' places in Singapore that have a sinister past 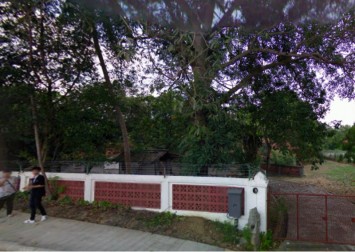 They may do something simple like roll a pineapple across the floor on move-in day, but to postpone a huge decision like delaying the sale of your property just so that it falls outside this "inauspicious" period seems too much of a stretch to bear.

This is especially since you wouldn't turn down a good offer simply because it falls within this period, or tolerate the inconvenience if you have the urgency to move.

And just as an author at The Straits Times wrote "… it could be called Bedbugz or D'Roach or La Casa Firetrap and its units would still get snapped up at 200 grand overvaluations" - if you could sell your property at market value or more during the Ghost Festival, why does it really matter anyway?

So, take a leap of faith and cast your superstitious belief aside when it comes to making rational decisions like purchasing a home! After all, superstition, until proven by science, is more of a fear of the unknown. It is only when we conquer our fear, that can we attain true wisdom (and sometimes, wealth).

As a follow-up to this article, we'll be looking at those who purchased during the Ghost Festival period to see if there are any economic differences when they sell down the road. Do stay posted!