SGX is abolishing quarterly reporting: The good, the bad and the unknown

This move is momentous as it comes nearly 17 years after quarterly reporting was implemented in 2003.

At the start, quarterly reporting was only required for companies with a market capitalisation of $20 million and above, but this was eventually raised to $75 million amid cost concerns for smaller, struggling companies.

In place of quarterly reporting will be a new risk-based approach whereby a company needs to do quarterly report only if they do not have a clean audit opinion (i.e. qualified or adverse opinion) or face financial or regulatory issues.

To that end, SGX will be releasing a list of around 100 companies which are still required to report every quarter. This list will be reviewed every three months as well.

For investors, such a move can have many implications.

Here's the lowdown on the good, the bad and what I term as "the unknown" arising from this move.

From the companies' perspective, it must be a great relief to learn that quarterly report is now voluntary rather than compulsory.

The report involves significant effort in gathering data, compiling it and approving it before releasing it to the public.

Read Also
What you should know about Singapore's Straits Times Index 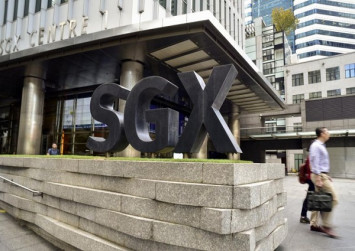 With this burden gone, companies can save on cost and time, while accounting departments can finally take a much-deserved breather.

As an anecdote, a friend of mine who works in a listed company's accounting division once commented that quarterly reporting is so onerous to the point that once the company is done with its report for the previous quarter, it's time to start preparing for the next quarter!

Companies could report an improvement in their bottom line as a result of cost savings arising from the abolishment of the quarterly report.

These savings will help to make companies more competitive against their private counterparts who are not subject to disclosure or reporting requirements.

The move could benefit SGX as well. Aspiring companies may consider SGX more favourably when it comes to looking for a suitable stock exchange for a public offering.

Currently, the Hong Kong Stock Exchange (HKSE) and the United Kingdom only mandates half-yearly reporting. With SGX moving in line with its global peers, it should also make our local bourse more competitive in attracting companies looking to raise capital.

On the flip side, investors will only receive a financial update on his investments once every six months, rather than every three months. 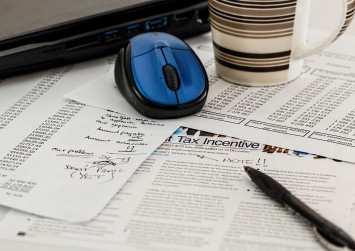 Some investors might argue that the lack of information may greatly diminish the visibility of how a company is performing, as there would be no financial or operational updates between the reporting dates.

One mitigating factor here is that SGX intends to enhance disclosure requirements, including (but not limited to) aspects such as interested party transactions, valuations for significant asset disposals and additional disclosures for rights issues.

With these enhancements, SGX hopes to raise the standards for disclosure from companies in place of quarterly reports by keeping investors informed of significant and material developments surrounding the companies.

There are some aspects of the change which are not black and white, hence "the unknown".

These are implications arising from the abolishment of quarterly reporting that have not been sufficiently addressed by SGX.

For instance, for companies that used to declare dividends on a quarterly basis, will they still continue to do so now that quarterly reporting has been abolished?

Any change in dividend schedule could affect companies such as DBS Group Holdings Ltd, iFast Corporation Ltd, almost all the REITs and even SGX itself.

Meanwhile, it is also unclear exactly what kind of parameters SGX is using to determine what constitutes a "risky" company.

Aside from audit opinions (which are a clear indicator), "financial issues" seems like an ambiguous term that is tough to properly define.

Hopefully, in time to come, SGX will shed more light on what constitutes "financial and regulatory" issues so that innocent companies will not be unfairly tarred by the same broad strokes.

GET SMART: DOES THE CHANGE MATTER?

Personally, the shift from quarterly to half-yearly reporting does not make a big impact on my investment philosophy.

There are two main reasons for this - one is that my time horizon is measured in years, rather than weeks or months. It does not make a significant difference if a company reporting in three or six months, as I am expecting the business to grow over a multi-year period.

Secondly, and as my colleague (Chin) says, you should not invest in a company where you don't trust the management. And if you do not trust the people running the company, then it should not even matter if they report quarterly, or half-yearly.