Sea Ltd's e-commerce arm told employees on Thursday (Sept 8) it was shutting down local operations in Chile, Colombia, and Mexico and leaving Argentina entirely, according to three sources with direct knowledge of the matter and an internal email.

The Singapore-based company will maintain cross-border operations in the first three markets but will cut the majority of its teams in the countries, affecting dozens of employees, the people said. Brazil, in which Shopee has become a dominant player, will not be affected.

In an internal email seen by Reuters, Shopee Chief Executive Chris Feng wrote to employees that “in light of the current elevated macro uncertainty,” the company needed to “focus resources on core operations" and had decided to concentrate on a cross-border model in Shopee Mexico, Colombia and Chile.

The email confirms the cuts in Mexico, Colombia, Chile, and Argentina shutting down.

Shopee confirmed in a statement to Reuters that it would "concentrate on a cross-border model in Mexico, Colombia and Chile, and close in Argentina."

Sea saw its market value soar to more than $200 billion (S$280 billion) last October as its gaming and e-commerce units surged in popularity during the pandemic, but its shares have tumbled since then and are now worth just $27 billion. 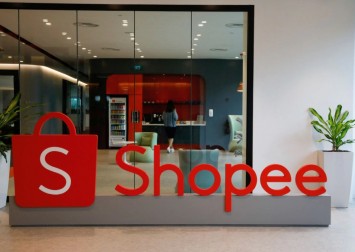 Sea’s leadership have given internal directives to Shopee managers to achieve profitability in its key markets in Southeast Asia by 2023, a separate source told Reuters.

Shopee announced in March it was shutting down nascent operations in India and France.

In June, Shopee cut jobs across its e-commerce and food delivery divisions, according to sources, both in Southeast Asia and its Latin American operations. Shopee has also rescinded dozens of job offers in the past two weeks, Reuters reported earlier this week.

Staff at Sea’s gaming livestream app, which is part of Sea's gaming unit Garena, were told they would be let go, separate sources told Reuters, adding that projects at Sea's development unit were also shut down.

ALSO READ: Chinese engineer flies to Singapore for Shopee job but offer is pulled on his arrival