When I shared my annual expense last week, I was not expecting much negativity.

This was because it was not the first time I shared these kind of figures. Things are as it is. You could imagine that there is a household having 2 breadwinners earning a combine of what I earn.

They would likely wish to do the same thing as I do: Not spend on what is unnecessary. They may have young children, and their expenses will be higher than mine.

The best response that I got was that many saw my figures and wonders how much THEY spend on expenses this year.

I got 50 per cent of the job done there. Unfortunately, it is pretty difficult to get people through 100 per cent to track how much they actually spend. Ultimately, I would attribute that to not understanding the deeper virtues of tracking their expenses and not being deep enough in the shit hole (if they are in one)

Perhaps the best response that I got was Benjamin's sharing of his spending philosophy @ Rangosteen.

I think it is worth a read for my readers because firstly, Benjamin writes a million times better than myself.

Secondly, Ben challenges certain weaknesses in indulgences that you may have encountered in this tug-o-war between being discipline and indulgences. I have a feeling that the areas he brought up are where his peers constantly have their attention and wallets.

I will pick out a few that resonated with me.

If you quiz your friends on what you wore, they won't recall.

Read Also
Single and living with parents: Is it possible on a $600 monthly budget in Singapore? 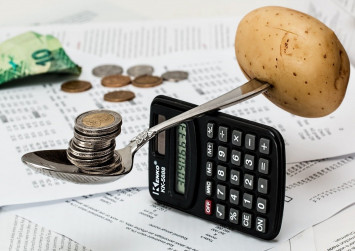 The body and physique is more important than the clothes. Toss a singlet and shorts to a well built person and it'll immediately look like a runway piece. I once saw an unfit person decked from head to toe with the most expensive of brands - he looked no different from the next person on the MRT.

The first quote, I have never thought about it this way. I would say people may not recall, but they would notice that you have consistently put in effort to look the part not to mention spend a sum on it.

Is there an objective to looking the part? That is debatable. Perhaps for some profession, you have to look the part.

We hope that the accessories hides some of our deficiencies. Which is easier? Buying something to look better or maintaining a reasonable physic?

ON CAFES AND RESTAURANTS:

After I learn how to grocery shop for my ingredients, I realised it became harder for me to look at the food on offer and pick something out to eat. You could say the food at the restaurant tastes better than food cooked by Kyith, but some of the good experiences were so fleeting.

Read Also
6 ways to reduce your monthly expenses... Without compromising on your lifestyle 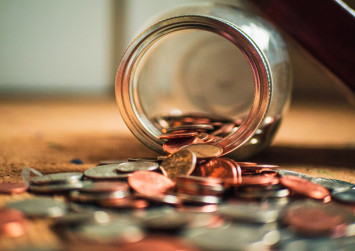 If you try to recall how well the food tastes, I am sure for a lot of food, you may or may not go back and select the same thing.

A lot of us cycle our food. You will eat chicken, fish, this vegetable, that vegetable, this rice, that noodle. The difference is the sequence in which you eat it in a week. You eat it so often, there isn't much novelty. Most of the time you select that dish because those are the few food that you feel generally OK to eat.

Even posh cafes have given me food poisoning on a few occasions.

Not to beat down on posh cafes, but a lot of people I realise are more particular about how their family members prepare their food, the preparation environment of hawker centres and to a certain extent food that is past the expiry date or collected for free.

These 2 years, I have heard on the news about food poisoning in a few eating places. I sort of think Benjamin is right that we overrate or sort of believe if we paid a high price for our food, the hygiene factor is also higher class.

These days, I curb my excitement about these toys by imagining it in its dusty, discharged state.

Somehow or rather, I realise a lot of what I bought eventually left me disappointed.

So I will do the same thing as Benjamin in my head when I am considering if I should really go ahead and buy something.

WHAT HAPPENS TO THE STUFF WHEN YOU PASSED AWAY?

Read Also
What does mindful living have to do with saving money? 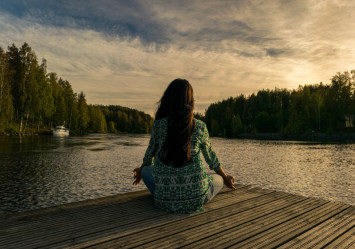 In my mind, I'm quite aware that we can be called to die at any moment. And when we do, someone has to go through our stuff and decide what to sell, what to throw and what to keep. I don't want to burden this person, so I try to keep things to a minimum.

This does not hit me so much as it hit Benjamin.

However, it got me thinking: If I am gone, what kind of perception would your relatives form of you through the stuff you left?

We can all be frugal like Benjamin (he might not admit to that), but I have seldom heard of people explaining their thought process on some of the things he should be indulging.

If you are pursuing some financial goals, or financial independence, being as clear as you can on how you perceive things that come across for you is important.

If you are not sure, you need to plan a lot of buffers.

If you are more sure, you may need more money or less, but there is a likelihood you do not need so many buffers.

This article was first published in Investment Moats.