We ranked the bottom 10 Singapore districts by appreciation

2021 has been rough on first time home buyers, as well as new investors. With property prices rising across the board, you’d be hard-pressed to find discounts, or even just a bigger condo.

But property is always about specifics, and there are some districts where the price increases may not be as high as you’d expect. Here are 10 districts where prices have not risen as fast as the rest:

The list ranking is based on overall appreciation, without distinction for new or resale properties.

However, we have included a mention of appreciation excluding new launches as well, within each entry. This is done to give a more accurate picture of the resale market in Singapore. Do note that, when new launches are excluded, the list rankings can be different.

For the list below, note that there are sometimes jarring discrepancies between the results with, and excluding, new launch units. This is sometimes unavoidable because of transaction volume.

If one year has more resale transactions than the next, it would naturally have a lower $PSF since new launches have higher $PSFs. Nevertheless, we have chosen to show both price tables for the sake of completeness.

There have been no new launches in District One

The traditional CBD area hasn’t seen a new launch in quite some time, and investor interest has waned since Covid-19. Realtors have pointed out two factors that have seen diminished interest in this area:

First, there are new launches nearby at competitive prices. One example of this would be One Bernam in District Two, which has units starting as low as $1.3 million. The pricing of these nearby condos makes resale properties in District One less attractive for now. 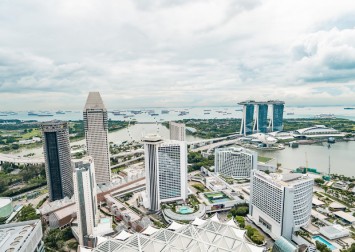 Second, District One attracts more investors than home buyers, as the CBD is not very conducive to family living (re: crowds and noise).

However, the dominant group of home buyers right now are HDB upgraders, who tend to be families.

Lastly, with the Work From Home situation being a reality for many during the pandemic, there was definitely less of a reason to be staying in this neck of the woods anyway.

Developers haven’t shown much eagerness in the way of collective sale offers either. It’s possible they don’t feel confident marketing CBD-area properties right now, with the pandemic reducing the inflow of foreign workers, and Work From Home arrangements becoming indefinite.

Prices here are expected to remain muted, unless there’s a big change in the Covid-19 situation.

The large discrepancy in price movement between both tables is due to the larger proportion of resale transactions to new sale transactions in 2021 compared to 2020 (117 resale to 458 new launch sales).

This weighed down overall prices in 2021 since there were fewer new sale transactions which have a higher $PSF. If we look only at resale transactions, you’ll see an increase in prices instead.

District 14 is at the trailing end of a slew of new launches. Tedge, and Penrose were launched in late 2020, and the last developer sales should be wrapping up soon.

Prices in District 14 started off high, due to the pick-up from Paya Lebar Quarter (PLQ) – this is a new commercial and retail hub of the area. However, properties here seemingly have not yet seen a direct attribution to prices from the increase there.

Even for the last new launch, Penrose, developer prices are now averaging around $1,663 psf; surprisingly low for a city fringe area. Those who bypassed this red-hot district in 2019 (around the time of Parc Esta’s launch) may find prices have finally toned down.

The large discrepancy in price movement between both tables is due to the larger proportion of resale transactions to new sale transactions in 2021 compared to 2020 (68 resale to 321 new launch sales).

This weighed down overall prices in 2021 since there were fewer new sale transactions which have a higher $PSF. If we look only at resale transactions, you’ll see an increase in prices instead.

Considering the recent prices of resale HDB’s in the area, we had to dig deeper to find out the reason for the unusual percentage change in prices.

From looking at the raw numbers, one reason could be the lack of new launches here – besides the boutique development of Lattice One, District 20 has been quiet for 2020/21.

Other parts of the RCR, in particular District Seven, may simply have drawn buyer attention away from this area. So if you missed out on a District 20 condo from way back (e.g., trying out for JadeScape in 2018), now might be the time for a second look.

Once you remove the new launch numbers, however, the resale price movement takes a very dramatic turn. Prices for resale property here have actually increased by 13.25 per cent – a strong signal of the demand in the area.

Important update: As of end-July, the average price for District 18 has spiked to $1,442 psf. This is due mainly to Pasir Ris 8, which saw six upward price revisions over its long weekend.

As this article was composed to end-June 2021, this development has not been reflected.

Read Also
Which districts have seen the strongest gains since Covid-19? 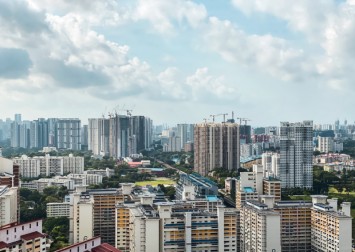 District 18 has a temporary position on this list. This is a matter of timing; as we write this, we are expecting to see further prices rise due to launches like Pasir Ris 8, and Parc Central Residences (an Executive Condominium).

The full impact of these projects has yet to factor into the numbers above.

That aside, District 18 is beginning to run the risk of fatigue. Numerous new projects over the years – like Treasure at Tampines (Singapore’s largest condo development) – can be found here.

Sufficient demand stems from Tampines being the regional centre of the east, and from Pasir Ris being a lifestyle hub with Downtown East.

While there’s to be an immediate uptick soon, there could be concerns over the growing supply in this district.

For the longest time, areas like Punggol and Sengkang have had a reputation as remote, inaccessible, and lacking in amenities.

Realtors told us that from the Ola EC in March 2020, all the way back to Florence Residences in 2019, they heard common misconceptions that the neighbourhoods are “ulu”.

There is also some notion on the ground that the area is facing somewhat of an oversupply at the moment, but we do think District 19 will see further pick-up in the future, with upgrades like the Punggol Digital District; but this is still over the long haul.

Otherwise, without the new launch data, the price movement for resale properties does show that the demand in the area is pretty strong – with prices rising 9.08 per cent.

District 13 has an odd tendency to go under-the-radar, despite being in the city fringe. For example, Potong Pasir didn’t have a single mall until The Poiz was built, around five years ago.

And Macpherson, despite its strong central location and abundant amenities, is often associated with age and decrepitude.

The last launch here was The Woodleigh Residences in 2019, after which the district once again went dark.

There’s nothing fundamentally wrong with District 13 however, and it provides some of the most affordable alternatives for those who want to be near the CBD (without paying CBD prices).

Lifestyle-wise it’s not the most exciting RCR district; but maybe you don’t need that when Orchard is a 10-minute drive away.

On the whole, this area is better known for its resale flats than its private properties. This is thanks to Toa Payoh Central, which is one of the best town centre developments in Singapore (it includes a mall, eateries, banks, bus interchange, MRT, etc.)

On the private front, however, prices here have been flat for some time; and Covid-19 hasn’t provided much chance to break out. We feel this is partly because, while District 12 may be central and built-up, there aren’t any notable plans (or launches) in the works.

The URA Master Plan shows few changes to neighbourhoods here, making it the ultimate case of “what you see is all you get”. This leaves limited room for strong gains.

ALSO READ: You will no longer make huge profits: 5 crucial truths about the property market in 2021

District One and Two are relatively close, so what we said about District One also broadly applies here (see above). However, District Two does have some advantages.

First, the launch of properties like One Bernam has helped it to perform better than its nearby counterpart.

Second, the low quantum of older resale properties, particularly in the Chinatown area, means investors are still bargain-hunting here – Covid-19 or otherwise. The lower quantum of these old properties could lead to the impression of lower risk, and better affordability.

Nonetheless, District Two – along with the rest of the CBD – has to contend with the fact that most buyers (i.e., family units in 2021) are looking elsewhere.

Realtors opined that a slew of strong launches in District Nine stole the limelight from District 11. District 9 saw the launch of Irwell Hill Residences, Avenir, Kopar at Newton near Newton MRT; with these, the attention to District 11 was less focused.

Still, fundamental demand for this area remains strong, and still managed to creep upward slightly. In particular, we expect Peak Residence, along Thomson Road, to pull up prices shortly once it gets going (this development just launched in April 2021).

We expect prices here to rise in the near term, as the market consists mainly of family buyers. These buyers tend to better appreciate the “breathing space” offered by Bukit Timah homes.

The main appeal of District 17 has always been the airport, and in recent years the opening of Changi Business Park. There are landlords eager to rent to workers here, as well as homeowners who see the airport as a major amenity (especially with Changi Jewel completed).

However, you can probably guess that interest has waned since Covid-19, and investors have turned their eyes elsewhere. Coupled with a lack of strong new developments, District 17 has only managed modest price increase.

This is likely to remain the case, until the pandemic situation is turned around.

Frankly speaking though, this isn’t the most accurate way to look at on-the-ground sentiments.

Compare new sale projects from one year to another isn’t great because the number of new sales within a year sold is very project-specific. If there isn’t a new launch during that period, or it is towards the tail end of the sales, you don’t get the most detailed picture at hand.

Read Also
We sold our District 10 home on Carousell: Here's how we did it 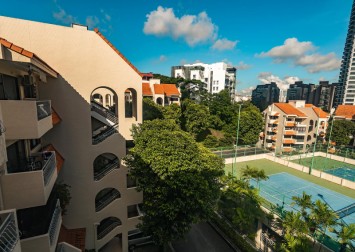 Or if it goes down, it could just be that smaller units were sold off in 2020, and then later the three and four-bedders get sold, so the $psf “drops” but a surface look at the numbers would not give you that information.

In our next piece, we will look at pre-covid to the present situation from a quantum perspective – to see if there’s any difference in what we can learn.