Wealth tax: How it could affect Singapore’s property market

There has been growing debate in different societal circles, including within the government, about the pros and cons of a wealth tax in Singapore.

This isn’t unique to us, of course. In other countries such as the US, the UK, and China, wealth taxes have also become a hot button issue.

With Covid-19 incurring unprecedented levels of public spending and exacerbating inequality in many counties, people are looking towards the ultra-wealthy to pay their dues.

What are the pros and cons of a wealth tax, and what might it look like if implemented in Singapore? And, since we Singaporeans are nothing if not pragmatic, how will a possible wealth tax affect our property market?

In its most basic form, a wealth tax is a recurring levy people pay on the total sum of their assets. This can include property, cash, investments, businesses, cryptocurrency, cars, artwork and so on; it’s up to the tax authorities to define what does and doesn’t count as “wealth”.

Why would Singapore need a wealth tax?

Wealth tax sounds a lot like punishment for being rich. But its real point is to benefit society as a whole by providing revenue to fund public spending.

Singapore has already spent unprecedented amounts on dealing with Covid-19 and had to dip into national reserves in the past two years.

But there are even more expenses down the road to budget for: Healthcare for an ageing population, sustainability infrastructure projects, and funding to improve social mobility and decrease inequality.

All these things cost money, and the money has to come from taxes. We’re already paying income tax, property tax , COE, and GST. Plus, the government has just increased stamp duties as part of the property cooling measures and will raise GST any day now. Any further tax hikes would be unwelcome.

Implementing a wealth tax certainly seems like a more desirable way to boost Singapore’s tax revenue — and the money would come from those least likely to feel the pinch, too.

What are the cons of a wealth tax?

The biggest problem with wealth tax is implementation. It’s exceedingly tricky to impose a wealth tax model that (a) doesn’t drive too many rich people and companies away and (b) doesn’t cost a ridiculous amount of resources to administer.

That’s why the direct wealth tax system has largely failed in most European countries. For example, when France introduced one in 2011, its millionaires and billionaires simply packed up and left, resulting in significant financial losses.

Even if Singapore is careful not to trigger such an exodus, the ultra-wealthy can simply shift their wealth into alternative assets that are difficult to value, making tax collection a costly administrative nightmare.

For the above reasons, Singapore’s strategy is unlikely to be a direct tax on wealth. Instead, it’s more likely to take on the following well-established forms:

This makes sense from an administrative standpoint. Property transactions require legal paperwork and have a well-established valuation framework, so they’re relatively simple to tax, unlike certain other assets like cryptocurrencies or collectables.

Estate or inheritance tax: A one-off tax on assets, including property, inherited from a deceased person. The majority of OECD countries practise this form of tax.

Capital gains tax on property: A tax on profits made by selling property, over and above the existing Seller’s Stamp Duty.

This idea has been floated by some economists, but we think it’s unlikely since it may threaten Singapore’s cherished values around homeownership and upgrading — and thus do more economic harm than good.

In Australia for example, foreigners who bought properties off-plan can only resell them to Australian citizens or PRs (not foreigners) and are subject to capital gains tax as part of their income tax assessment (some exemptions if the property was their primary residence).

Before you panic about more tax bills to pay, the average Joe should rest easy knowing that you’re not the target of such taxes. Bear in mind that the lowest net wealth threshold proposed by the Workers’ Party is $10 million — even some millionaires are not the target of wealth taxes! 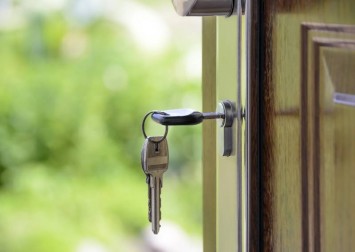 If the government did introduce a luxury property tax in the short term, the market for luxury penthouses and landed homes (which was overheated in 2021) would take a hit.

The dampening effect may trickle down to other private property segments, though we expect it to be reasonably contained. Still, it’s something for property investors to look out for.

Conversely, in the longer term, wealth taxes may make the property an even more appealing asset for Singaporeans to hang on to.

And where will these new facilities be located? In our neighbourhoods, of course! We’re guessing many residential estates will benefit from such spending, which can add more value to our lives and our homes.