What is the HDB income ceiling for BTO, EC & resale flats?

When it comes to buying an HDB flat, Singaporeans are stuck between the devil and the deep blue sea.

A delicate balance has to be struck between two extremes: Work harder so you have more money to actually buy a flat, but don’t work too hard or else you might bust the HDB income ceiling.

When your income barely exceeds the HDB income ceiling, you find yourself in the no-man’s-land of people who are not eligible to buy HDB flats but who struggle to afford million-dollar private housing. Not cool.

We’ve trawled through the various government websites to extract the information you need.

HDB income ceilings at a glance

HDB is a form of subsidised government housing, and the income ceiling is meant to be a form of means testing to ensure that only those who need it are eligible. The price of new HDB flats is artificially kept lower than private housing in order to keep all of us off the streets.

In other countries, public housing means “for poor people”, but as almost everyone in Singapore lives in public housing, the income ceiling functions more as protection to ensure that the rich do not get to take advantage of it.

The above income ceiling figures are applicable to those buying in the typical family nucleus.

HDB’s income ceiling figures are for combined household income. So, if you are buying the flat with your spouse, the sum of both your monthly incomes must not exceed the income ceiling.

For salaried employees, your gross monthly income is an average of your last three months of pay. This is particularly important to take note of if you are earning a variable salary. 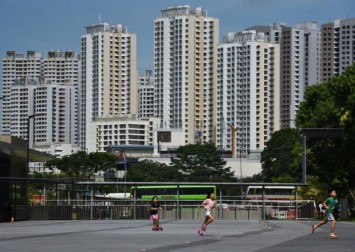 The official sum on your payslip will be used, i.e. your pay before CPF deductions, but not including employer’s CPF contributions.

It does not include bonuses and income earned from ad hoc overtime work. But it does include any allowances, whether fixed or variable, that you regularly receive. So, if your boss gives you a transport allowance, that must be factored into your income.

For freelancers or self-employed persons, HDB will take an average of your income for the 6 months preceding your application.

*Income ceiling will be specified in sales launch press release

The above figures are for your typical family nucleus (e.g. couple). However, different income ceilings may apply if you apply as a single buyer or as a multi-generational family.

For singles, the only BTO flats you can buy are 2-room flexi flats in non-mature estates. So the income ceiling of $7,000 remains unchanged.

For families/couples, the usual BTO income ceiling is $14,000, but there are certain special cases for 2-room and 3-room flats. Just take note of these details — you’ll find them in the BTO project launch info sheets.

For those buying in extended and multi-generational families, there is a higher income ceiling of $21,000.

Singles are not allowed to buy ECs on their own. They can, however, team up with up to three other singles under the Joint Singles Scheme to buy an EC. The same income ceiling of $16,000 applies across the whole household of singles.

Bear in mind that you’re not allowed to take an HDB loan to finance an EC. Instead, you’ll need to take a bank loan, which necessitates a 25per cent downpayment — of which 5per cent must be in cash. So to qualify for an EC, you have to have amassed enough money while not actually earning too much.

There is no income ceiling on resale flats — they can be bought and sold on the open market without HDB imposing income restrictions. That’s why there are so many resale flats going for over $1 million these days…

HDB resale flats are subject to the vagaries of the market, and their prices typically appreciate sharply soon after the first owner finishes their Minimum Occupation Period (MOP) and decides to sell.

In other words, their prices are no longer being artificially depressed by the HDB. You can even buy and sell a price above HDB’s valuation, the excess being paid by the buyer in the form of Cash Over Valuation (COV). Given all these factors, it no longer makes sense to impose an income ceiling for resale flats.

However, in case you needed a reason to hold off on becoming a millionaire, HDB will still take your income into consideration when doling out CPF Housing Grants when you buy a resale flat.

And of course, all of HDB’s other criteria still apply. Didn’t think they’d let you off that easily, right? So, you’ll have to buy under one of HDB’s eligibility schemes (e.g. as a family nucleus or as a single over 35). In addition, HDB’s ethnic and non-citizen quotas still apply.

By comparison, the $14,000 income ceiling for couples buying a BTO flat is actually rather high. About 80per cent of Singaporean households will fall under the income ceiling.

Some argue that the ceiling is too high. Since a key goal of the HDB is to ensure that lower income Singaporeans have access to affordable housing, the HDB should be restricting flats to those who really need them.

Read Also
Buying a BTO flat in 2021? Here are 5 important changes you should be aware of 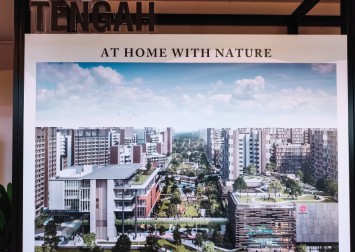 But there are others who argue for the opposite. Last year, the idea of removing the BTO income ceiling for first-time buyers was raised in Parliament.

Doing so would enable all young Singaporeans to buy an HDB flat as a first home regardless of income. But of course, doing so would make it even harder for lower income households to be allocated flats due to the increase in competition.

So, what does the government think? HDB has been raising BTO income ceilings over the years, so it’s likely they track the income figures to ensure that a fixed percentage of household incomes qualify for flats.

But it’s obviously important to keep housing affordable for lower income families too. At present, the HDB’s solution seems to be focused on restructuring BTO launches in expensive mature estates rather than lowering the income ceiling.