As Covid-19 wreaks havoc throughout the global economy, it's difficult to imagine any country out of the pandemic without a sizable portion of their population affected financially.

In Singapore, bankruptcy has reached an all-time high in March 2020, thousands of people have been furloughed and a recession is looming on the horizon.

To add on to the financial grievances that occurred due to Covid-19, Singaporeans also have to contend with a high cost of living, ranging from high real estate and car prices to the increasing cost of common household items.

Thus, cars have become a status symbol of the wealthy and an aspirational purchase for many Singaporeans.

However, looking at Singapore's car industry during the Covid-19 pandemic and the years before, we have found evidence suggesting that wealth inequality may be widening during this pandemic.

1. Despite cancelled COE bidding and closure of showrooms, 40per cent of new car registrations were luxury cars (including Aston Martins, Porsche and Bentleys) in April and May 2020 compared to the 19-25 per cent they represented in previous years

2. Certain luxury brands like Rolls Royce may even see increases in sales this year due to a fairly unaffected ultra-luxury car market

However, as Covid-19 spread through Singapore, the pandemic wreaked havoc on the former 2 factors, with 2 in 3 Singaporeans believing that they did not have enough savings to last them 6 months, let alone have enough money to purchase a car.

Read Also
How to drive safely on the roads in Singapore 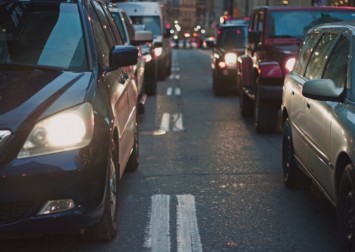 Financial uncertainty coupled with circuit breaker measures that closed car dealerships and halted COE bidding between April and June resulted in a large drop of 77per cent in new car sales for the first half of 2020.

Amidst this drop, we had a surprising finding that the percentage of luxury cars were registered had increased substantially.

In the first half of 2020, 32 per cent of total car registrations were luxury makes, compared to the typical ratio of 19-25 per cent we saw over the past 5 years.

In fact, at the height of the circuit breaker in April and May, 40 per cent of the 730 cars that were newly registered were luxury vehicles.

This suggests that more middle-class consumers chose to put off a car purchase in favour of saving money or channelling their funds into immediate needs compared to their upper class compatriots.

Through this, we can see that the pandemic's effects on the economy have disproportionately affected Singapore's middle class.

For instance, we saw 24 new Rolls Royce registrations in 1H of 2020 — more than half the number of registrations for the entirety of 2019.

Such figures suggest that the purchase of Rolls Royce—one of the most expensive car brands in the world — may actually grow in Singapore this year.

Other ultra-luxury cars like Aston Martins, Bentleys and Lamborghinis also showed fairly healthy registration numbers in the first half of 2020, showing new registrations that amounted between 36-54 per cent of 2019's annual total.

On the other hand, popular mass cars like Toyotas and Hondas only saw registrations that were at just 19-22 per cent of their 2019 levels.

While external factors like pandemics disproportionately affect a Singaporean's ability to afford a car, there is actually an internal factor that really shows the economic divide between upper and middle class drivers.

Our data found that changes in Singapore's Certificate of Entitlement (COE) has one of the largest correlations to the types of cars sold — and who can afford them.

For instance, the record breaking COE prices between 2010 and 2014 provided one of the best visualisations of economic inequality in Singapore. 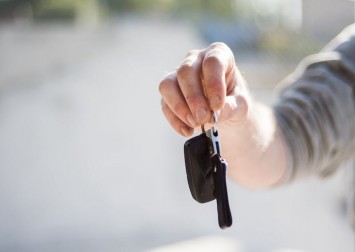 However, this decline was mostly driven by a reduced demand for non-luxury vehicles, while luxury car sales remained relatively stable.

This suggests that big fluctuations in COE prices have a disproportionately large impact on the middle class's ability to buy a car than on the wealthy.

Luxury cars have been steadily increasing in popularity

Pandemics and fluctuating COE prices aside, there has been a steady increase in the number of luxury cars you can expect to see on Singapore's roads, accelerating the general trend that luxury cars have been growing in population.

If we look at the change in luxury car populations after 2014 — when the COE prices settled down and demand normalized — we see a 30 per cent increase.

Some notable mentions include Porsche and Maserati who had a car population increase of 64 per cent and 54 per cent, respectively.

Even the mass market cars that gained in popularity have primarily been European and American makes (i.e. Skoda and Land Rovers), which cost more than the typical Toyota or Honda.

In contrast, the overall population of mass market brands have actually declined by 5 per cent since 2014.

While Singapore's income gap may be closing, there's still a long way to go

Though Singapore has been on a good path in creating a more meritocratic society, there are signs that the pandemic has led to a widening income inequality gap.

By looking at the cars that were registered, it seems that the wealthy were less affected than the middle class during this turbulent period.

Furthermore, systemic shocks, like COE price changes, tend to affect the middle class at a disproportionately higher rate than the wealthy.

For instance, while the COE is a self-imposed measure that helps control Singapore's car population, changes to its price mainly affects one segment of the population.

This isn't to say that our findings suggest that Singaporean citizens haven't received help during the pandemic or that actions haven't been taken to create a more equal society.

Rather, our data shows that there is still room for improvement when it comes to creating equal opportunities for everyone.

To find out how car sales in Singapore have been affected by Covid-19 and other factors, we analysed the historical data of Singapore's car population, new car registrations, COE results and the selling prices of new cars (as of June 2020).

We segmented 52 car makes into 3 categories, luxury, non-luxury and other.

Luxury car makes are makes that have been typically associated with higher performing, more expensive sedans, performance cars, SUVs and coupes like Mercedes, BMW's, Bentleys, Porsche, Lamborghinis and others. 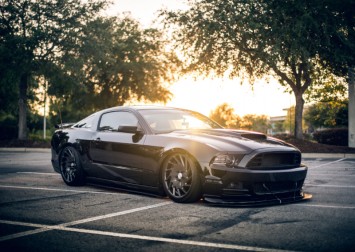 Non-Luxury cars were cars that are typically marketed as more affordable and compact, like Toyotas, Hondas, Hyundais, Mazdas, Kias, etc.

Other cars such as very vintage or unique makes or cars that couldn't be classified (due to lack of available data) were classified as "other" and made up an insignificant portion of the total car makes/makes.

By analysing the registrations and population of car makes over the past 15 years, we were able to identify what factors affected car registrations, which helped us understand differences in consumer behavior between the upper and middle classes.

However, while we tried to be as thorough as possible, there were some limitations. First, data for 2019 car registrations by month were incomplete, which made it difficult for us to see month over month changes between 2019 and 2020.

Second, it is important to note that there could be expensive makes of certain non-luxury makes. For instance, while Mazdas are typically non-luxury cars, there are certain makes (like the Mazda CX-5) that should be included in the 'luxury' category.

However, since there is no available data concerning registration of specific makes, we were not able to separate out the luxury makes of typically non-luxury makes.