An A to Z of the supplementary Resilience Budget 2020

Yesterday, Deputy Prime Minister and Finance Minister Heng Swee Keat delivered a supplementary budget to greatly enhance the support given to Singaporean households and companies amid the deepening COVID-19 crisis. Here are 26 important pointers he covered during his speech.

To give context, the initial budget, dubbed the Unity Budget had a scope of $6.4 billion, while the supplementary budget, named the Resilience Budget adds over $48 billion to the expenditure.

Budget Position after the expanded supplementary budget will raise the Overall Budget Deficit for FY2020 to $39.2 billion (7.9 per cent of GDP). While unprecedented, Singapore is still able to remain fiscally sustainable because it has all along exercised great discipline and prudence when it came to tapping on Past Reserves.

COVID-19's Impact is wide reaching, extending to medical, economic and social fronts, and is likely to last a long time. On the medical front, Singapore's healthcare workers and people in other frontline professions have been doing an exemplary, heroic job, and the nation owes them an immense debt of gratitude.

Displaced Workers who lost their jobs as a result of the COVID-19 crisis, or had their incomes severely reduced are a key focus of the Resilience Budget.

To support them, more flexibility will be used when considering applications to ComCare's financial assistance schemes to ensure affected Singaporeans can get immediate help.

Furthermore, a Temporary Relief Fund and COVID-19 Support Grant will be set-up to help those unemployed Singaporeans tide through this difficult period. In total, $145 million will be committed to these initiatives. 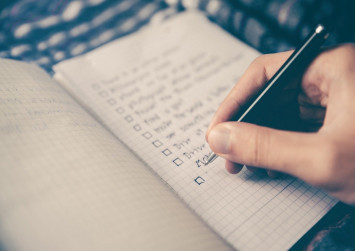 Employees Staying Employed is a priority for the government, with enhancements to the previously-announced Jobs Support Scheme and Wage Credit Scheme.

For every local worker, the government's co-funding of wages from 8 per cent to 25 per cent, with firms in sectors identified as directly affected by COVID-19 (food and beverage, aviation and tourism) receiving 50 per cent to 75 per cent of wage support.

The qualifying wage ceiling will also be raised from $3,600 to the median wage of $4,600. Finally, the scheme will also be extended for two more quarters till the end of 2020.

Freelancers & Self-Employed Persons are particularly vulnerable and have less income security. For this diverse group, the Resilience Budget provides for direct cash assistance in the form of a Self-Employed Person Income Relief Scheme (SIRS), in which self-employed persons will receive $1,000 each month for nine months.

In addition, training and skilling during this lull in business is encouraged, with extension of the Self-Employed Person Training Support Scheme to the end of 2020, and increase of hourly training allowance from $7.50 to $10, with effect from May 1, 2020.

This is on top of the generous prevailing training subsidies of up to 90 per cent of course fees and Next Bound of SkillsFuture credits.

Graduates are naturally concerned about entering the workforce during a time of economic crisis. The government announced that all student loan repayments and interest charges will be suspended for one year from June 1, 2020 to May 31, 2021.

New SGUnited Traineeships and SGUnited Jobs initiatives will be launched to give young graduates opportunities to gain valuable experiences and create new jobs in both the public and private sectors.

A virtual SGUnited Jobs career fair will be launched by Workforce Singapore on March 27, 2020 with 2,200 immediate job vacancies.

In addition, the previously-announced $100 in Passion Card top-up for Singaporeans aged 50 and above will now be made in cash instead.

Read Also
Why should I care? A millennial's take on Budget 2020 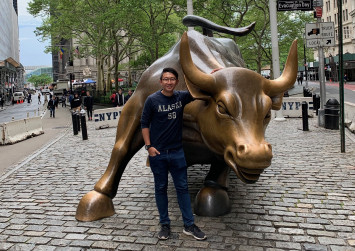 Interim Freezing Of All Government Fees And Charges for one year — from April 1, 2020 to March 31, 2021 — will help ease the cash burden on Singaporean households and companies. This includes suspending of all late payment charges on HDB mortgage arrears for three months, while HDB continues to exercise flexibility for homeowners on a case-by-case basis.

Judicial Measures will be announced in at the next Parliamentary sitting by the Minister for Law to give individuals and companies relief from legal obligations that we not fulfilled as a result of the COVID-19 situation, such as deposits paid for gatherings that have to be cancelled due to newly-announced government containment rules.

Kindness In The Community will be strengthened by providing additional grants to the network of Self-Help Groups and Community Development Councils, so they can step up efforts to help families and vulnerable groups.

Social service agencies can also reach out to the National Council of Social Service to tap on the existing VWOs-Charities Capability Fund to adopt digital tools to serve their clients during this period.

Labour Movement (NTUC) continues to play an important part during this trying time by being an advocate for all Singapore workers as well as providing direct support to union members.

NTUC just announced a $4 million top-up to the Self-Employed Person Training Support Scheme to provide an additional $1 per hour training allowance to union members, on top of the $10 per hour given by the government.

A week prior, NTUC also announced a $25 million NTUC Care Fund (Covid-19), which is jointly-funded by NTUC, unions and the government to provide one-off relief of up to $300 to low and middle income union members.

Managing Cashflow is the first critical focus area the government will be tackling to help businesses to survive. To help ease this burden, the government will grant an automatic deferment of income tax payments for companies and self-employed persons for three months.

Efforts are also underway to ensure payouts for the Wage Credit Scheme and Jobs Support Scheme are made swiftly, which will flow $600 million to employers by the end of March 2020, $5.6 billion by May 2020, and $16.2 billion by October 2020.

Narrowing Costs is the second area the government is focusing on to help companies. The Property Tax Rebate announced in the initial budget will be enhanced, with badly-hit sectors paying no property tax, while other non-residential businesses will enjoy a 30 per cent Property Tax Rebate for 2020.

Read Also
Why should I care? A working adult's take on Budget 2020 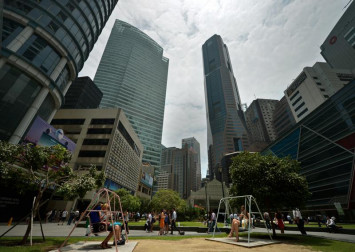 Private landlords are strongly encouraged to pass on these savings to tenants, while the government will set the example by way of rental waivers, such as those given to tenants of facilities operated by the National Environment Agency, HDB and National Arts Council.

Offering Credit is the third focus area, which is crucial for companies to sustain operations and invest for the long-term.

For this, firms can make use of government-supported instruments under the Enterprise Financing Scheme (EFS), such as SME Working Capital Loan and Trade Loan, as well as the newly-established Temporary Bridging Loan Programme (TBLP).

These loans are offered by local financial institutions in partnership with the government, which will take on the majority of the risk-share for offering the loans.

Packages For Specific Sectors particularly affected by the COVID-19 situation have been announced, on top of the abovementioned measures for all Singapore companies.

These include cash payments, upskilling initiatives, and waiver of various charges for firms in the food & beverage, transportation, tourism, and arts & culture sectors.

Quasi-Government Aviation Sector is of strategic importance to Singapore, and Minister Heng took time to explain in detail how Singapore's air connectivity enables growth opportunities for companies, supports other economic sectors, and is crucial for our supply lines — not to mention the aviation sector employing 192,000 and contributing over 5 per cent to the GDP.

A $350 million enhanced aviation support package was announced, and hints were dropped at a government-supported corporate action by the SGX-listed Singapore Airlines and Temasek Holdings.

Recovery In The Longer-Term from the wide-ranging impact of Covid-19 must be kept in mind, even as Singapore deals with immediate challenges.

On a national-level, Singapore will continue to invest in strategic R&D capabilities and to help firms be ready to seize opportunities once the world overcomes Covid-19, such as with the launch of the SG Together Enhancing Enterprise Resilience (STEER) programme.

Read Also
Why should I care? A fund manager's take on Budget 2020 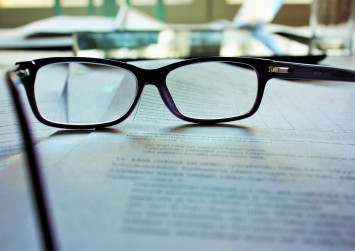 Stockpile Of Food And Other Essential Supplies will continue to be built up, including masks, hand sanitisers and food supplies. Singapore will continue to pursue a "30 by 30" vision of food resilience, with the aim of producing 30 per cent of the population's nutritional needs by 2030, up from 10 per cent today.

Topping Up Of SkillsFuture Credits under the Next Bound of SkillsFuture helps individuals on a personal level be best positioned for the economic recovery by acquiring new skills and remain employable for years to come.

The $500 credit will available for use at Institutes of Higher Learning as well as Continuing Education and Training Centres as early as April 1, 2020, ahead of the full implementation in October 2020.

Undertaking Digitisation, Restructuring & Transformation during this lull in business activity could be the silver-lining for Singapore companies, which can take leverage on government schemes like the SMEs Go Digital Programme, the Productivity Solutions Grant (PSG) and the Enterprise Development Grant (EDG), all of which have been newly-enhanced.

Vigilance For Good Public Health mustn't be taken for granted, Minister Heng reminds. The Ministry for the Environment and Water Resources have launched a SG Clean campaign to drive higher standards of personal and public hygiene during the Covid-19 outbreak and beyond. More details will be shared in due course about how the government, companies and individuals can play their part.

eXtraordinary Measures For This Extraordinary Time led to a carefully-considered decision to seek the President's assent to draw on the Past Reserves, which has only happened once previously during the 2008 Global Financial Crisis — during which the government replenished the amount withdrawn when the economy recovered.

Minister Heng assured Singaporeans that the government will monitor the situation closely, and if necessary, introduce further measures to safeguard Singapore and Singaporeans.

Yet Another Pay Cut For Political Office Holders of three-months pay in total was declared for all Cabinet Ministers, the President, Speaker of Parliament and Deputy Speakers of Parliament, which was undertaken in solidarity with Singaporeans who are all making personal sacrifices and undergoing hardship during this time of challenge.

Zealous Speech Ended On A Hopeful Note with Minister Heng saying that "it is in times of crisis that the true character of a nation can be seen" and that standing with one another through thick and thin is what it means to be SG United, and Singapore Together. With that, he expressed his confidence that Singapore "will ride throught this storm, and emerge even stronger".