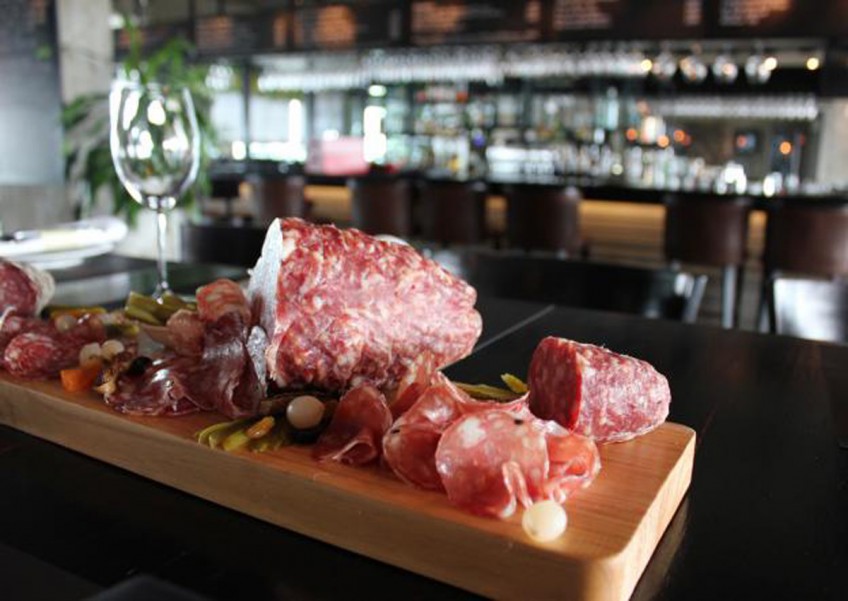 Scarlett Wine Bar & Restaurant at the Pullman Bangkok Hotel G is offering Bangkok foodies a taste of France over the next few days with the arrival in Bangkok of French charcutier and traiteur Gilles Giroud.

The third generation Giroud to run the famed charcuterie in Villefranche-sur-Saone near Lyon, he has won accolades and awards for his artisanal sausages and cold cuts prepared to original recipes that can be found on the very best of French tables.

Recognised with the "Meilleur Apprenti de France Charcutier-Traiteur" title in 1981 by the prestigious competition held every four years, Giroud says he grew up with a knife in his hand surrounded by meat and artisanal meat products.

"My grandfather was a butcher and my father was a sausage maker, so it was only natural for me to follow the family tradition and carry on what we know best, that is to make sausages," he says.

"In France we enjoy cold cuts as snacks and at any time of day - a few pieces with coffee as breakfast in the morning, as a quick snack with bread and butter in the afternoon or with wine and cheese in the evening. There are countless variations of cold cuts, depending on the creativity of the makers and it is considered the country's most common and favourite snack."

Giroud has brought to Bangkok the signature products and recipes that won him the gold medal including his famed smooth, creamy yet savoury white sausage made from kurobota pork belly, milk, egg, herbs and Cointreau.

Another dish, pate en croute is a must-try. Made of lamb sweetbread, foie gras, pork breast, chicken liver and herbs, the pate is wrapped in puff pastry and baked until golden brown. The airy and crumbly puff pastry on the outside is in perfect harmony with the rich though not overpowering pate inside.

Other ready-to-eat highlights include gold medal pork sausage, truffle campagne pork sausage, ash campagne sausage and campagne jesus starting at Bt410 per sizeable serving. A platter of three cold cuts is available for Bt710 but for sharing it's better to go with the five cuts for Bt1,100. The bar has an ample stock of delectable French wine to choose from, served both by the glass and by bottle. Pre-pack cold cuts can also be bought to take home while stocks last.

Scarlett Wine Bar & Restaurant is at level 37 of Pullman Bangkok Hotel G on Silom Road.
It's open daily from 6pm till 1am. Reservations are recommended.
Call at (02) 238 1991.