Tennis: How to beat Djokovic? Even he doesn't know 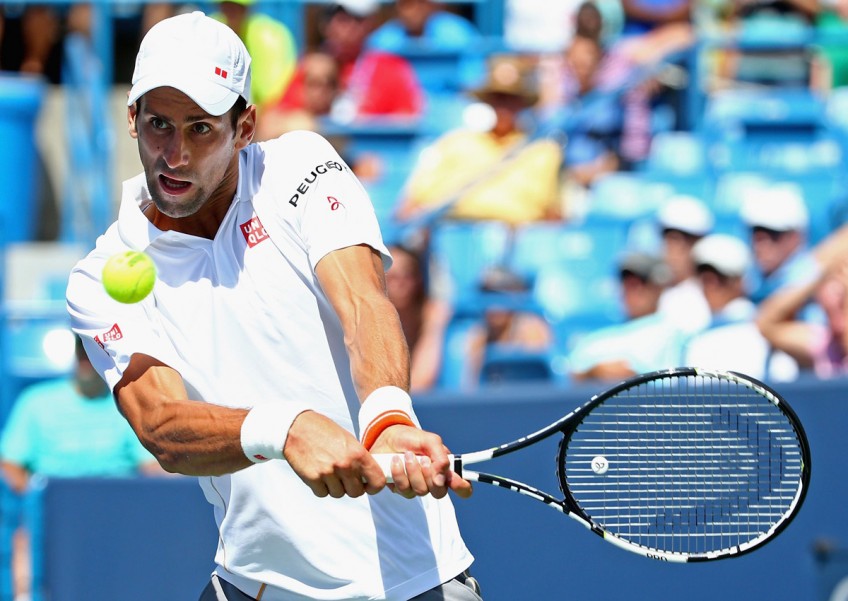 SHANGHAI - It's the big question in men's tennis: how do you beat Novak Djokovic? And the unhelpful answer is, even he doesn't know.

When asked what he would do if he were trying to beat himself, the newly crowned Shanghai Masters champion just smiled and shook his head.

"It's a good question but I have no answer," grinned the Serb on Sunday.

Whether he is unaware of any flaws, or is just unwilling to give his rivals any pointers, was not completely clear.

Certainly Jo-Wilfried Tsonga didn't have the answer as Djokovic swept to a 6-2, 6-4 victory in Shanghai to lift his ninth trophy of the year.

No shame in that: Djokovic trounced Andy Murray 6-1, 6-3 in the semi-finals, and a week ago he cruised past Rafael Nadal to stay unbeaten in six appearances at the China Open in Beijing.

"I think I've played the best tennis ever in these two weeks in terms of back-to-back. Honestly, that's how I felt," said Djokovic.

"Energy-wise, I was great. I didn't get tired. I always had plenty of intensity, concentration, high performance level from the first match in Beijing to today's match."

Djokovic says he is already enjoying the best season of his career - better even than his phenomenal 2011, when he won 10 trophies including three Grand Slams and had a win-loss record of 70-6.

This year, after getting married and becoming a father, he has contested all four Slam finals, won three of them, and has nine titles and a 73-5 record with two tournaments still to go.

Worryingly for everyone else, he's still getting better - and he wants to stay in this form for "many more years" to come.

"It's the best year of my life. No question about it. Everything is working great. I'm very grateful for the opportunity to be able to play this well, to be successful," he said.

"I don't want to get carried away by success, obviously, because I want to be playing on this level for many more years to come.

"I know that one of the things that you have to do in order to keep playing on a high level is stay committed and stay determined about this lifestyle. That is obviously not easy, travelling all the time.

"Now that I'm a father, that makes it a little bit more difficult. I have the support of the close ones, my wife, the most important one, but my brothers, my team. Everybody is behind me on the quest of being the best I can be."