Travelling with these types of companions might make you poorer 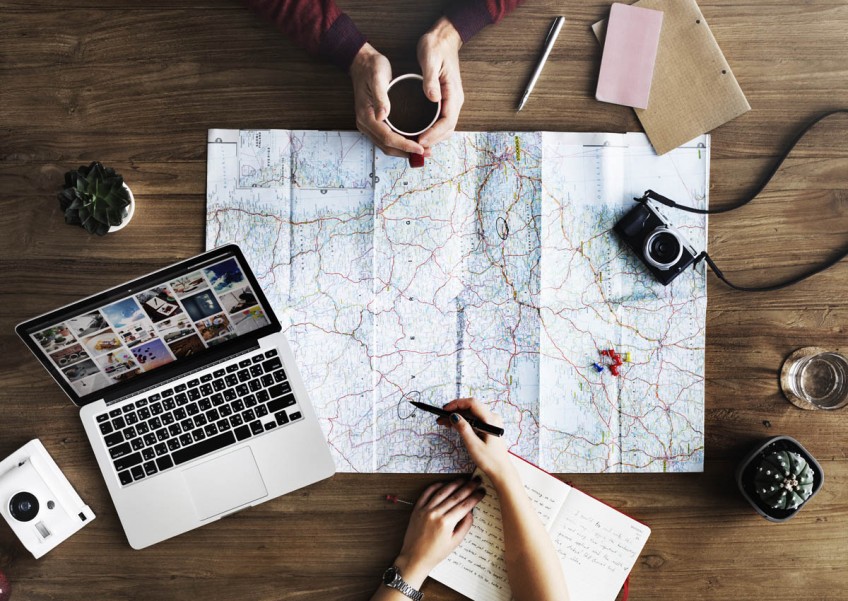 Do you travel often with your friends? If yes, select your travel companions carefully. After all, they can affect the quality of your trip, and even affect your finances. Beware if you have these 7 personalities in your troupe.

Thanks to the explosion of celebrity chefs and travel/cooking shows (we're looking at you, No Reservations and Kitchen Nightmares), a new type of tourist has emerged. This is the travelling foodie, who's abroad specifically to try exotic cuisines.

Now foodies aren't always bad on the wallet if they have a planned budget or are interested in street food. But watch out for the high-end foodies, who travel to try out Michelin star restaurants and world famous eateries; this lot think nothing of spending S$200 to S$300 on a meal (that's per head).

If you have these in your group, don't feel obliged to join them on their pricey culinary journey. Let them explore their restaurants on their own, while you stick to your budget. Of course, you can join them once in a while. Otherwise, what's the point of travelling together, right?

These companions have promised to bring things back for their friends, or have bought so many things their luggage now resembles an Amazon.com warehouse. You know where this going right?

Pretty soon, both of you will be sitting on your luggage carriers just to be able to zip them shut. That won't fool the airport weighing machines though, so the both of you can expect to pay for some extra weight. Probably at an absurd cost, like S$20 a kilo. You had better hope they pay you back, considering some of them will have luggage that's five or six kilos over.

When travelling with these types, try to convince them to ship items home, instead of using their luggage. The courier fees are probably cheaper than paying for excess baggage.

These companions want to hit the clubs at two in the morning, and party the entire trip. That's sometimes okay, but you need to look out for the less responsible ones.

These are the ones who saunter into the hotel room dead drunk and get your security deposit confiscated. It's just a matter of time before they break the room's TV, wreck the bathtub, or leave unspeakable stains on the bedding and carpets.

Outside the hotel room, they're a trouble magnet. They'll get roughed up by bouncers (possibly incurring medical costs that insurance won't cover*), get arrested by local authorities and require bail, or blow their whole budget on one bar binge (and become the borrower in point 4).

Drunk party animals are also a common target for criminals and scammers. They may lead these undesirables into your shared hotel room, and put your belongings at stake as well.

This companion cannot adapt to life outside their home country, and heaven knows why they're even travelling. This is the person who insists on having McDonald's (or some other familiar food) for every meal; even if you're in, say, the south of France.

The unadaptable also complain about the weather (too hot, too cold, too dry, too wet), the hotel room, the lack of laundry machines that work like the ones back home…the list is endless.

Apart from being annoying, this can also get expensive. For example, these types often refuse to walk because it's too cold or hot, and want to cab everywhere. They won't save money by eating as locals do, which can raise meal costs (they may be willing to pay for a Chinese restaurant meal in Russia, for example. For every meal).

If you have these companions, you can manage some of their costs by giving them their own food. Shove some instant noodles on them, or whatever cheap version of the foods they like. That will ease the restaurant costs.

This companion treats you, and everyone else in your travelling group, as mobile ATMs. They never seem to have the cash to pay for meals, for shows, for souvenirs, for anything.

Every time money is needed, they turn to you to borrow it. They'll promise to pay you back once you're home (and hopefully it's true), but in the meantime, they're messing up your vacation budget. It gets worse if the borrower is travelling with family, and they need to borrow enough for themselves as well as their children or spouse.

With these types, you need to put your foot down and be frank about how it's affecting your own budget. Just point out that you didn't bring enough money for the both of you, even if you don't mind lending under normal circumstances.

If they genuinely have a need (e.g. they got pickpocketed or robbed), then help them get money remitted from home (try Western Union).

The deep sleeper only gets up at 2pm or later. However, they're often in denial about it. If you buy tickets to see a tourist attraction at 10 am in the morning, you can be sure they won't be up and ready (get ready to go yourself, if you don't want to waste the money).

If it's a group tour, and you need to stay with the deep sleeper, get ready to miss out on a lot. These types will never be up in time for the hotel breakfast, and they'll never be ready to get on a tour bus at 9.30 am.

The most dangerous quality of the deep sleeper comes on the last day: these are the ones who wake up late and cause you to miss the flight. That could rack up a few hundred dollars in unexpected costs; especially if the next connecting flight is only coming around tomorrow (good luck handling any tourist visa issues as well).

Avoid going on group tours with rigid schedules, if you're travelling with these types. Consider features like a late checkout at hotels, and book the night flights home.

These companions take lack of planning to an extreme. These are the ones who arrive first and then look for a hotel later. The habit often leads to finding the worst or most expensive hotel rooms, depending on your luck with bookings.

Improvisers also like to leave for famous tourist destinations, such as the Statue of Liberty or Eiffel Tower, without buying tickets beforehand. This gets you all trapped in a three-hour queue, and sometimes leaves you buying tickets from scalpers; it's either that or waste most of your day in line.

When it comes to planning routes, these companions think Google maps is enough. But after walking in circles till your feet are sore, you'll find yourselves hopelessly lost and pay S$40 for a cab ride.

The improvisers don't regret any of this. To them, this is part of the fun of travelling. If you share their sentiment, great - but be prepared to fork out money for unexpected costs. Otherwise, you'll have to put your foot down and plan the itinerary.

This article was first published on the SingSaver Blog