PARIS - Animal rights groups hailed on Monday Jean Paul Gaultier's announcement that he is joining the growing ranks of fashion designers to ban fur from their collections.

The enfant terrible of French couture announced the decision in a television interview on Saturday, describing the methods used to kill the animals as "absolutely deplorable".

"Fur is more sensual than fake fur but you can find other ways of staying warm," the 66-year-old told Canal+.

"This decision is a sign of the times," its international director Mimi Bekhechi said.

"The vast majority of people want nothing to do with items that have come from animals which were caged and electrocuted or bludgeoned to death." 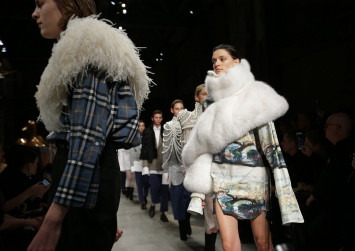 Brands have come under increasing pressure from both animal rights groups and shoppers to ditch fur.

Ralph Lauren, Vivienne Westwood and Stella McCartney are also among designers now opting for fake fur or other alternatives.

Peta activists had targeted Gaultier along with other fashion houses in its anti-fur campaign, invading his Paris store in 2006.