For eons now, it has been common belief that women are bad with money and this has been time and again eternalised by marketing efforts, media and our society. And we, being slaves to the aforementioned three, have blindly believed this to be the case too. In the so-called man's world that we live in, men are put on a pedestal while women are looked down upon, no matter how hard they prove themselves.

However, there seems to be a light at the end of this patriarchal tunnel. As women empowerment has taken centre stage today, we wanted to do our part for the women folk across the world by shutting down these crazy myths that we were taught to believe about women and money.

WOMEN ARE SPENDAHOLICS AND DON'T GIVE A DAMN ABOUT SAVING 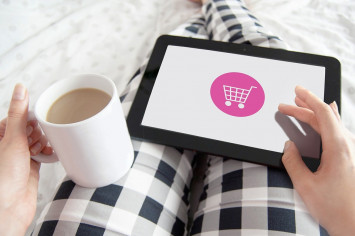 It's not just us, the normal folk, but even financial advisors assume that their women clients aren't saving money because they are busy spending it on clothes, shoes and lavish parties. People just assume that women are incapable of saving coz they are busy spending. But, if you actually take a look at the spending patterns of both genders, you'll realise that men usually spend way more than women coz they are usually spending on big-ticket items like electronics, automobiles and the such.

Besides, with the rising cost of living and the falling incomes, it's not like the men are saving much either. So, then why this discrimination against women? Food for thought, right?

WOMEN AREN'T CAPABLE OF MANAGING MONEY ON THEIR OWN

Well, you can partly blame the traditional mindset that is deep-rooted within each of us - women don't take part in financial matters of the house. Most of us may have noticed that it is either our grandfathers or our fathers who make financial decisions of the house. And because of this, we tend to, actually not just us but most women folk too, believe that women aren't capable of managing money on their own.

But, we tend to forget our grandmothers or even mothers who've actually managed to run the household within a budget, and sometimes, have even managed to save big on the monthly household spends.

While a part of the blame for this myth goes to our deep-rooted traditional mindsets, the other part goes to the huge gender pay gap. While this gap is slowly closing in, it still very much exists, and you cannot deny it.

IN THE END, WOMEN ARE GOING TO BE DEPENDENT ON THEIR HUSBANDS

It is a common perception in India that women don't need to work once they are married. Instead, they should focus on caring for their husbands, in-laws and kids. After all, their husbands are there to provide for them and take care of all their needs. And, if a woman objects to this and wants to work, it is often looked upon as 'crossing the gender barrier'. But, the question is, why should a woman depend on her husband for her daily needs? Why should husbands decide how much their wives should spend?

The reality as we see today is that most women are more than capable of handling money on their own. So, clearly, it has been families and societies that have stopped women from progressing all these years. Add to this, the fact that women are hardly allowed to take part in the long-term financial matters of the household, leaving these for their husbands and fathers-in-law to take care of.

This is the mentality that needs to be changed. It is time that women across the country took financial matters in their own hands. Of course, they can always reach out to their spouses for advice, but, ultimately, they should take decisions on their own.

WOMEN DO NOT UNDERSTAND FINANCIAL STUFF 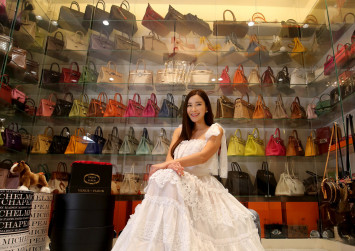 Utter nonsense, we say! Today's women are excelling in everything; you could say that they are dominating men in almost every field. So, if you think about it, you'll realise that women are equally financially literate as men.

According to popular myth, financial terms like SIPs, Mutual Funds, debt instruments, stocks, etc. are difficult terms for women to comprehend. But, is it really? Well, we can assume that this belief comes from the deeply-rooted traditional belief that considered science and math as male-oriented subjects while arts and humanities were female-oriented subjects. These beliefs have been deeply-ingrained in our minds, men and women alike, that we've unconsciously accepted that finance is rocket science for women. Well, tell that to all those women out there who own their own businesses or the heads of leading banks in the country!

Well, there you go! We've busted four common myths surrounding women and money management. If you know any more such myths, let us know in the comment section below. And if you're looking for any financial solutions, do gives us a visit.

This article was first published in Bankbazaar.sg