Authorities warned that further strong shaking is possible over the coming days.

The shallow tremor was reported as magnitude 6.1 by the Japan Meteorological Agency (JMA), according to Kyodo news agency, although the United States Geological Service Survey (USGS) gave its strength as 5.7.

It rocked the west of the main island of Honshu, 96 km north of Hiroshima.

However, no problems were reported at the nearby Shimane nuclear power station, the agency said.

A JMA official told a press briefing that the region could experience further jolts over the next week, particularly in the coming two or three days. 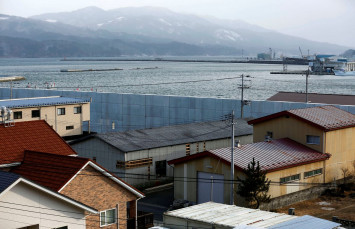 Japan sits on the so-called Pacific "Ring of Fire" where a large proportion of the world's earthquakes and volcanic eruptions are recorded.

A devastating magnitude 9.0 quake - which struck under the Pacific Ocean on March 11, 2011 - and the resulting tsunami caused widespread damage and took the lives of thousands of people.