Six bodies, including that of a seven-year-old girl, were found on Monday (Nov 26) at a house in Takachiho, a town in the prefecture of Miyazaki in south-western Japan.

The Japanese mountain village is popular among tourists visiting the Takachiho Gorge on the island of Kyushu, and has a population of 12,000.

Local authorities arrived at the home owned by Yasuo Iihoshi, 72, and found a female body outside the property. Three male and two more female bodies were found inside the house.

According to Kyodo news, the police were alerted to the incident by a family member, who told them that his calls to the home had gone unanswered.

The body of a seventh person was later discovered under a nearby bridge. 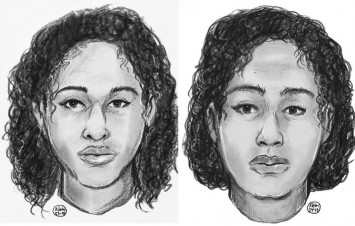 Three of the bodies have been named. They are Iihoshi's wife Mihoko, his seven-year-old granddaughter Yui, and a male acquaintance named Fumiaki Matsuoka, 44, Kyodo news reported.

The three remaining victims have yet to be publicly identified.

According to The Guardian, police believe that the seventh body could belong to Yasuo Iihoshi's son. It is suspected that he had driven to the bridge in the family car, the British newspaper reported.

The mass killing has caused fear among Takachiho residents, and local officials are urging people to exercise caution and pick their children up from school, Kyodo reported.

Mass murders are rare in Japan, which is considered one of the safest countries in the world to live in.

Last year, a man was arrested for murdering and dismembering nine people in Kanagawa prefecture. He had cut up his victims, disposing of their flesh and internal organs. Police later found the bodies and severed heads of the victims in his apartment.

The deadliest mass murder in post-war Japan took place in July 2016, when Satoshi Uematsu killed 19 people and injured 27 others at his former workplace, a home for people with disabilities.