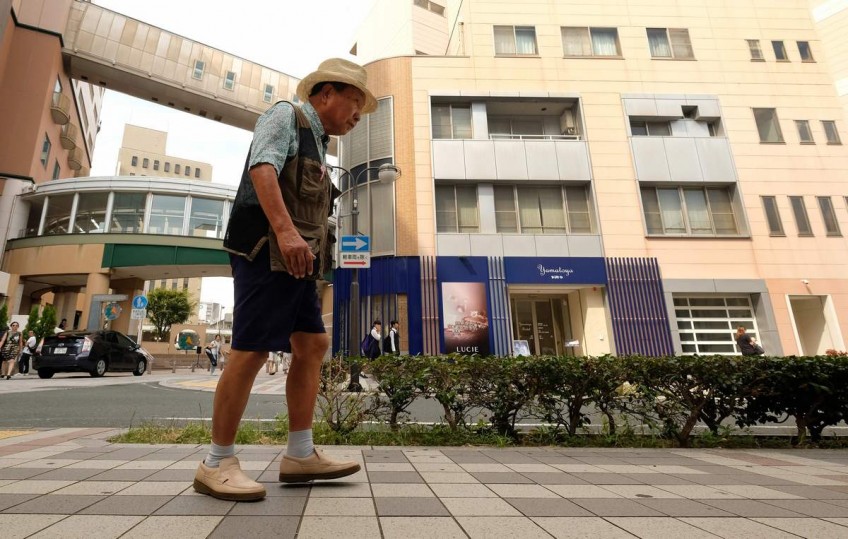 Shuffling down the street sporting shorts, jacket and straw hat, 82-year-old Iwao Hakamada could be mistaken for any Japanese octogenarian going about his daily chores.

But the former boxer has had anything but an ordinary life: he has been living under a death sentence for half a century, thought to be the longest-serving condemned man.

The accused murderer finds himself in the extraordinary position of being sentenced to death but free awaiting a possible retrial.

Supporters say nearly 50 years of detention, mostly in solitary confinement with the ever-present threat of execution looming over him, have taken a heavy toll on Hakamada's mental health.

He now walks the streets of Hamamatsu, southwest of Tokyo, for hours at a time, lost in his own world.

When AFP joined him on a sweltering summer day, the former boxer said he was "fighting a bout every day".

"Once you think you can't win, there is no path to victory," he said.

Though he was talking about boxing, there is a nod to his long battle for justice on death row.

Supporter Nobuhiro Terazawa says that "building his fantasy world" was Hakamada's way of surviving the fear he could be executed at any moment, as well as his decades-long confinement.

"Unlike before, he can walk around freely but mentally he still can't escape from the fears of execution and false charges," he said.

Hakamada's story began in 1966, when he was arrested on suspicion of robbing and murdering his boss, along with his wife and two teenage children, before burning their house.

He initially denied the accusations but later confessed following what he subsequently claimed was a brutal police interrogation that included beatings.

He tried to retract his confession but was sentenced to death in 1968, the verdict confirmed by the Supreme Court in 1980.

Hakamada sought a retrial and in a rare about-face for the rigid Japanese justice system, the district court in the central city of Shizuoka granted this in 2014.

That ruling said investigators could have planted evidence and ordered him freed, adding it was "unbearably unjust" to keep him detained.

But the legal back-and-forth did not end there as Tokyo's High Court in June overturned the lower court's ruling, sending the case back to the Supreme Court.

For now, due to his advanced age, authorities have allowed him his freedom but supporters fear that he could be locked up again and potentially executed.

Last month, the top prosecutors' office wrote to the Supreme Court urging a prompt rejection of his appeal to "stop the situation in which the sentence is suspended unnecessarily."

Japan is the only major industrialised democracy other than the United States to carry out capital punishment, which still enjoys broad public support, although debate on the issue is rare.

The government recently hanged 13 members of the Aum doomsday cult responsible for a fatal gas attack on the Tokyo subway system in 1995.

But Hakamada's sister Hideko, 85, vows to travel the length and breadth of Japan to proclaim her brother's innocence.

One key piece of evidence used to convict him was a set of blood-stained clothes that emerged more than a year after the crime.

Supporters say the clothes did not fit him and the bloodstains were too vivid given the time elapsed. DNA tests found no link between Hakamada, the clothes and the blood but the high court rejected the testing methods.

Hideko tries to relax her brother, feeding him fresh fruits and vegetables he could not have in prison.

"I let him live freely at his pace," she said.

However, she recalls her anger when the Supreme Court rejected her brother's appeal in 1980.

"Everyone looked like an enemy. All the people there, lawyers and supporters included, looked like enemies," she said.

"But Iwao was standing at the gates of hell. I had no choice but to keep going."