Asian Games in the bag - but could Indonesia host the Olympics?

An Indonesian bid to host the 2032 Olympics would have been laughed off just a few weeks ago, but a smooth Asian Games may just have put it in the frame to host the world's biggest multi-sports event.

No Southeast Asian country has talked seriously about holding the Summer Games, meaning that even a bid would be another major step forward for a region enjoying rising economic fortunes.

Indonesia's confidence comes from successfully staging the 2018 Asian Games, a giant event with 40 sports and 17,000 athletes and officials held in the capital Jakarta and Palembang, a port city on Sumatra island.

Despite concerns about infrastructure, terrorism, pollution and traffic, the venues were delivered on time and most events passed off without incident, save some problems with ticketing.

President Joko Widodo probably had one eye on next year's election when he announced his intentions for 2032, but the move has been welcomed in Indonesia -- and by Olympics chief Thomas Bach.

"You can see the ingredients are there, you see a young, enthusiastic nation," said Bach in Jakarta, where he held talks with Widodo and attended Sunday's closing ceremony.

"Passionate about sports, working with high efficiency in the organisation... so, I think it will be a very strong candidature." 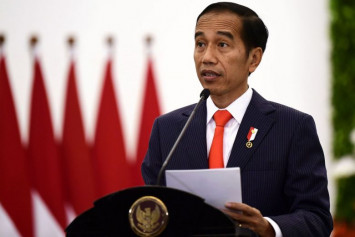 Part of Bach's enthusiasm may stem from the fact that the number of candidate cities has been shrinking, mainly because of the Games' multi-billion-dollar price tag.

Last September, Paris and Los Angeles were named as hosts of the 2024 and 2028 Olympics in a double announcement, a move to lock in two high-profile cities while they were still available.

But it could face some heavyweight competition: bids for 2032 have also been discussed in Germany, India, China and Australia.

The winner is scheduled to be announced in 2025.

'The Olympics is different'

Tommy Apriantono, a sport science lecturer at the Institute of Technology Bandung, one of Indonesia's top universities, said the nation would have to pull out all the stops for an Olympic bid.

"We have successfully hosted the Asian Games despite all the shortcomings. I think Indonesia is good enough, it's worth (bidding)... but we have to really prepare for it," he told AFP.

"Now we have experience with the Asian Games... (but) the Olympics is different, there are more participants and the pressure is bigger."

Apriantono said holding the Olympics was a chance for Indonesia to step into a new era in the mould of Tokyo 1964, when Japan unveiled infrastructure including the "Shinkansen" bullet train.

"This is Indonesia's chance to be among the world's top countries," he added.

"At the moment this is only the statement of the president but I think it's already enough to lay down the next steps to appoint those who would be responsible in this bidding process," he said.

Indonesia will certainly need its best personnel involved, which could prove a problem in at least one case.

Erick Thohir, the media mogul and Inter Milan president who headed the Asian Games organising committee, has already ruled out playing the same role for 2032, saying he would be retired by then.