This baby-faced Filipino teacher is actually 23

Filipino Ian Manga is jovial, fresh-faced and spends most days in the classroom but he's not a student — he's their 23-year-old teacher.

Manga teaches kindergarten and Primary 3 students at Mater-El-Roi School in Bulacan, but with his small stature, youthful looks and childlike voice, he is often mistaken for one of the students.

Dubbed the "Baby-faced Teacher of Bulacan", Manga, who says he is 162cm tall, attributes his stunted growth to frequent bouts of illness as a child, according to GMA News.

Even after reaching high school, Manga did not experience puberty or grow any facial hair. However, he has never consulted a doctor about his condition.

Growing up, he felt out of place and was often mistaken for his classmate's younger brother or even their child. Strangers would also jeer at him and call him "little boy".

How did he deal with the hate?

Manga said that his mantra was: "Ignore them but also prove that you can do it, prove they are wrong."

And his hard work paid off.

Hoping to follow in his mother's footsteps and become a teacher, Manga sat the Licensure Exam for Teachers (LET) in May and passed.

It was no mean feat considering the fact that only 27 per cent of Manga's fellow test-takers passed the LET, which is a requirement to be a teacher in the Philippines. 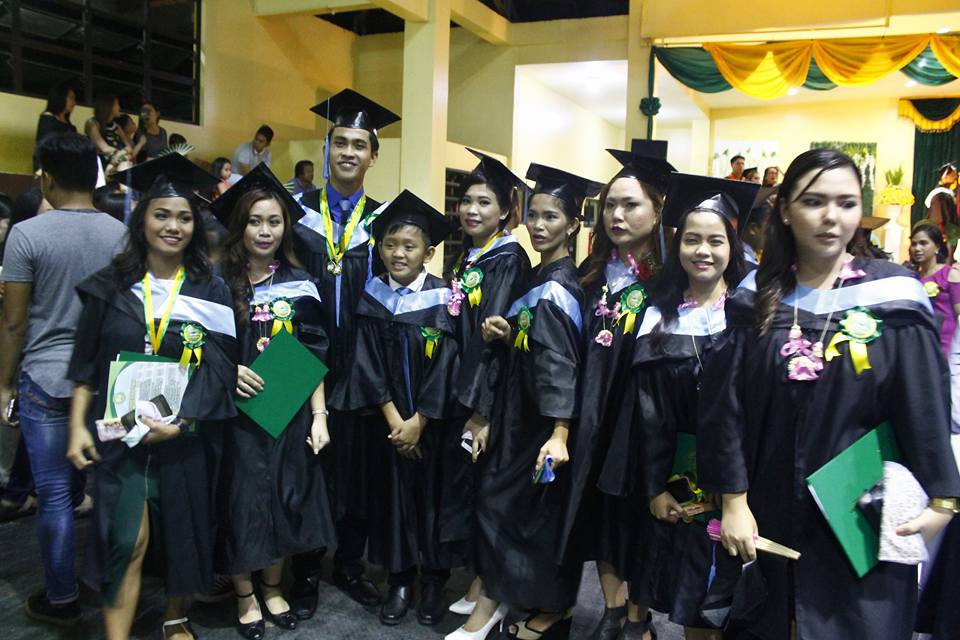 Ever the optimist, Manga also shared that there are also perks to looking young, especially when it comes to connecting with his students.

According to Melanie Gerolia, a fellow teacher at Mater-El-Roi School, Manga has a special connection with the children and never gets tired of playing with them.

"I feel like an older brother to my students as we always play," Manga shared.

But Manga, who struggles to get people to take him seriously, draws a clear line between playtime and lesson time.

He tries to maintain a strict demeanour in the classroom, saying. "When I'm teaching, I will become more serious. They also take me more seriously,"

In order to look the part of a teacher, he also dresses in baggy clothes and stiff leather shoes.

"As a teacher, you need to serve as a model. You need to look the part despite being baby-faced."

#Teachers #PHILIPPINES #Inspiration #In Case You Missed It