KATHMANDU - Foreigners climbed Mount Everest for the first time since Nepal's government reopened the mountain after it was shut last year owing to the Covid-19 pandemic, despite recent coronavirus cases at its base camp.

Thirty-eight climbers including ten Bahraini and two British mountaineers climbed the world's highest mountain on Tuesday (May 11), according to hiking companies.

This comes as a few climbers were evacuated from the Everest base camp in April after they fell sick with Covid-19 symptoms as Nepal battles a devastating second wave of coronavirus infections.

Nepal closed the mountain in March 2020 due to the pandemic, but reopened for this year's climbing season starting in April, issuing a record of 408 permits granting access to the 8,848.86-metre peak.

Nepal is fighting a recent surge in infections and has reported a total 403,794 coronavirus cases and 3,859 deaths. 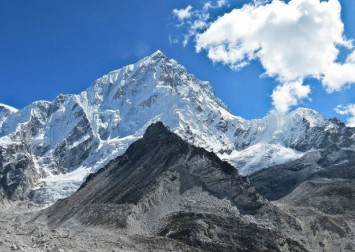 China will set up "a line of separation" at the summit of Mount Everest to prevent the mingling of climbers from Covid-hit Nepal and those ascending from the Tibetan side as a precautionary measure, Chinese state media reported on Sunday.

"The Covid-19 virus appears to be spreading quickly throughout EBC (Everest base camp) and the Khumbu, with frequent evacuations to Kathmandu, where individuals are testing positive for the virus," American climbing blogger Alan Arnette wrote in a post last month.

Nepal, which earns millions of dollars from climbers every year, says it has not been notified of the outbreak at the base camp.

Officials say climbers are required to show a negative test for the coronavirus before heading to the mountain.