The coronavirus pandemic has devastated the economy of Bali.

The coronavirus pandemic has devastated the economy of Bali, for decades a magnet for holiday-makers thanks to its spectacular beaches, vibrant nightlife and distinctive Hindu culture.

"We were targeting end of July, beginning of August, but we just have to be mindful of where we are in this recent spike (in coronavirus cases)," Indonesia's Minister for Tourism and the Cultural Economy, Mr Sandiaga Uno, told Reuters in an interview on Monday (June 28).

"We will be waiting for the situation to be more conducive."

Coronavirus infections have surged across Indonesia in recent weeks, including in Bali, where there has been a four-fold rise in the past month, albeit from a low base, to about 200 cases per day, according to official data.

Mr Uno said he wanted Bali's daily coronavirus infections to fall to 30 or 40 per day before reopening.

The true extent of Bali's infections is masked by its low testing rates, which stand at 15 per cent of the minimum recommended by the World Health Organisation, according to data released by the global health body. 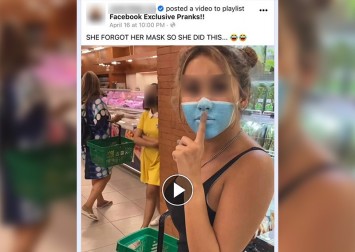 Indonesia's government has prioritised Bali for vaccinations, and was seeing good early results as most people infected with coronavirus showed only mild symptoms, Mr Uno said.

While hospital bed occupancy rates were approaching 100 per cent in many parts of the neighbouring, densely-populated island of Java, he said the rate was below 50 per cent in Bali.

About 71 per cent of Balinese residents had received a first vaccine dose, and the target of full vaccination for 70 per cent of its population could be achieved by the end of July, Mr Uno said.

Domestic travellers to Bali will now be required to have a PCR test before entering, a measure to insulate the island from the pandemic.

As well as traditional tourists, Bali hopes to attract 'digital nomads', or international entrepreneurs operating internet-based companies. They will be granted five-year visas under the proposed scheme.

"If they earn income within Indonesia they will be taxed but if it's solely from overseas there will be zero tax," Mr Uno said.