HANOI - A major mercury leak, tap water contamination, and "alarming" levels of haze: Several pollution crises in Hanoi have sparked public fury and accusations that communist Vietnam is putting the economy ahead of the environment.

Long tapped as an investors' paradise thanks to its low-cost labour and pro-business policies, rapidly industrialising Vietnam is one of Asia's fastest-growing economies.

Buoyed by exports of cheaply made goods from Nike shoes to Samsung phones and H&M T-shirts, growth has hummed along at more than 5 per cent for more than a decade.

But that has come at a cost, especially in major cities like Hanoi, the buzzing capital of more than eight million people - and 13 industrial zones - that has been rattled by a series of environmental disasters.

First came a lightbulb factory fire in August that saw a mercury leak and an official warning not to eat vegetables, chicken or fish from the area.

Then came a spate of bad air days that briefly landed Hanoi at the top of major polluted cities list by Swiss-based monitor AirVisual.

Now an estimated one million people are reeling from a contaminated tap water crisis after a brick factory was blamed for dumping oily sludge into a river that supplies several Hanoi neighbourhoods. 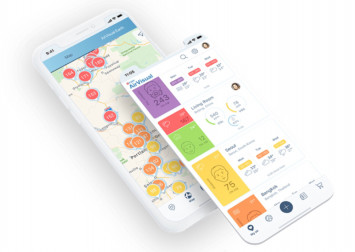 "The government is prioritising economic growth more than the environment," said Mr Do Thanh Huyen, an associate at Dezan Shira & Associates, a business consultancy firm in Hanoi.

The water crisis - and the government's slow response to it - sparked a flurry of online protest from locals, many still relying on bottled water more than 10 days after the oil dump.

Residents reported pungent-smelling water coming out of taps and showerheads but it took the authorities days to warn people not to drink or cook with it.

Local media reported that it tested positive for styrene, an industrial chemical linked to some cancers.

Three people have been arrested in connection with the incident, but some lay the blame on the government despite its promises to investigate.

"The authorities here lack transparency and professionalism, that's why we don't trust them," said office worker Ngo Kim Ngan, who sent her children out of her neighbourhood to bathe during the crisis.

The mounting anger comes three years after a devastating toxic dump in 2016 that killed tonnes of fish in central Vietnam and sparked months of protests across the country.

Taiwanese steel firm Formosa was blamed for releasing chemical waste into the ocean. 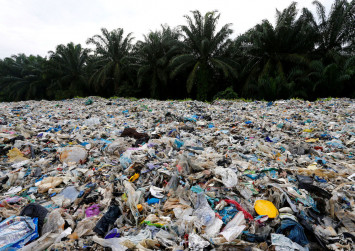 But a Formosa executive said after the disaster Vietnam had to choose between growth and environmental safety.

Industrial output has steadily risen over the past decade - fuelled in part by a rush of coal power plants - while carbon emissions have mushroomed as well.

This, along with vehicle emissions, agricultural burning and construction dust have all added to poor air quality, and Hanoi frequently sees winter months where the air quality index reaches above "unhealthy" levels, according to AirVisual data.

Some fear Vietnam could go the way of industrialised Chinese and Indian megacities, where smoggy skies and face masks have become the norm.

But Vietnam could be heading on that track.

In 2016, more than 60,000 deaths were linked to air pollution, according to the World Health Organisation.

The city's liveability ranking is 107 out of 140 cities on the Economist Intelligence Unit's annual index, behind Bangkok, Manila and Kuala Lumpur.

Business could also be hit. Dezan Shira warned in a report this month that "alarming" air pollution levels could turn off potential investors and recruiters who may find it hard to attract talent.

The reputational risk could be a problem for Hanoi authorities, eager to brand it as a cosmopolitan capital open to global leaders and world travellers, with the city's first Formula One race set for next year.

But for some hazy skies, garbage-strewn rivers and polluted tap water have already rendered Hanoi unrecognisable.

"Hanoi is no longer our Hanoi," said 65-year-old Nguyen Vinh, who was born in the city.

"It is polluted - air, water, everything."