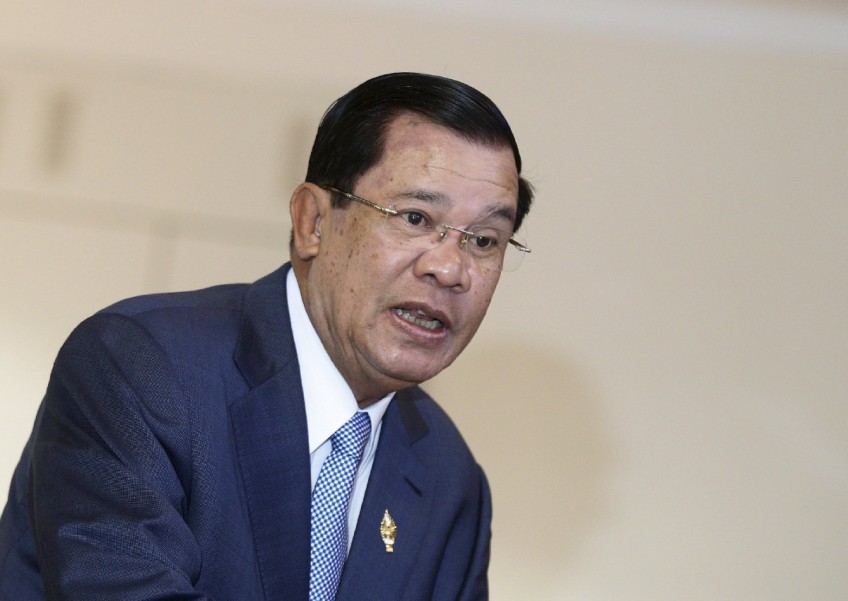 The country has been plunged into a bitter political crisis after an arrest warrant was issued for Sam Rainsy, Cambodia's most prominent opposition leader.

He has since accused strongman Prime Minister Hun Sen of trying to destroy the opposition movement.

Rhona Smith, the UN's human rights rapporteur for Cambodia, said the increased political infighting has been accompanied by an uptick in rights abuses including "incidences of violence; intimidation of individuals; and resort to offensive language in the political discourse".

"Any intensification of current events could bring Cambodia to a dangerous tipping point," she said in a statement released Tuesday.

Smith said she did not want to interfere in Cambodia's internal politics, nor comment on the merits of the case against Rainsy.

But she added: "It is of great concern to me that there are multiple alleged violations of peaceful exercise of freedoms of opinion and expression, as well as the right to participate in political life." Rainsy, who already faces a two-year jail term if he returns to the country, was charged last week with being "an accomplice" in making a disputed document about the border with Vietnam.

He cancelled a planned return to Cambodia last week after being stripped of his parliamentary immunity and is currently in Europe. He has been summoned to appear in court on December 4.

The arrest warrant was issued after Rainsy verbally sparred with Hun Sen earlier this month, calling for full democracy in Cambodia and citing successful elections in Myanmar as an example. This prompted Hun Sen to threaten fresh legal action.

Rainsy, who holds Cambodian and French nationality, has gone into self-imposed exile three times to avoid imprisonment over what he claims are political charges lodged at the behest of his rival, who has ruled the country for three decades.

UN Secretary-General Ban Ki-moon has also expressed concern about the moves against Rainsy and incidents against opposition politicians.

In October three military officials were charged with the savage beating of two opposition lawmakers during a protest.

The lawmakers were attacked during a protest by Hun Sen's ruling CPP party calling for key opposition figure Kem Sokha to step down from his role as deputy chief of parliament.

Sokha was later stripped of the position by ruling party lawmakers.