PHNOM PENH - More than 30 Cambodian women paid to carry babies for Chinese clients have been released on bail after agreeing to keep the children, officials said on Thursday (Dec 6), as the country tightens its grip on the illegal but lucrative surrogacy trade.

The women were charged with human trafficking after they were discovered in June during a raid on a surrogacy business in the capital Phnom Penh, the latest in a series of arrests targeting the practice.

Cambodia banned surrogacy in 2016 in an attempt to prevent it from spreading in the developing country after neighbouring Thailand pulled the plug on the trade the previous year.

But China's easing of its one-child policy has seen demand for fertility clinics go up and shadow markets in Cambodia continue to offer the service despite attempts by authorities to crack down.

Pon Samkhan, secretary general for the National Committee for Counter-Trafficking, told AFP on Thursday that the 32 women were released on bail this week, with the last 17 of them freed on Wednesday.

She said the women - many of whom are currently pregnant - agreed "not to give up their babies" before they were released on bail.

A senior police official at the Committee for Counter-Trafficking confirmed their release and said it was done on "humanitarian grounds".

The pregnant women were discovered during the raids in June and 32 were charged with cross-border human trafficking. 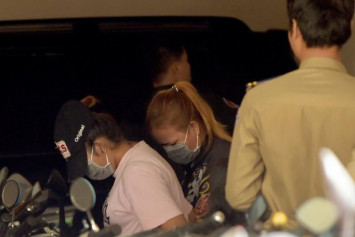 "They have agreed not to sell the babies and will raise them," the source said, adding that if they break the agreement they could face at least 15 years in jail.

The case also saw five people, including a Chinese national, arrested and charged with human trafficking.

Last month, another 18 people in Cambodia - including 11 alleged surrogate mothers - were charged for taking part in an illegal surrogacy business.