MANILA- It's 3.30 am in the Philippines and much of San Jose Del Monte is fast asleep.

Flashlight in hand, street sweeper Alejandro Galasao, 58, navigates a labyrinth of alleys to a main road to catch a bus to the capital Manila 30 km (18.6 miles) away.

He has to wake up in the middle of the night for a job that doesn't start until 6 am.

Traffic is so bad in Manila that if he leaves any later, there's no way he will clock in on time.

Read Also
We cannot continue like this: President Joko Widodo on Jakarta's traffic 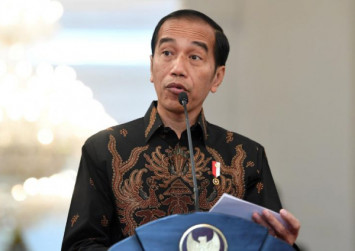 "If I go to work at rush hour, it would take me three hours," Galasao told Reuters. "This is the only job I know. Even if I find something else, I doubt I would earn any better".

Metro Manila, a sprawl of 16 cities fused together by outdated infrastructure, is creaking under the weight of millions of vehicles, owing largely to economic growth of more than six per cent a year since 2012.

Urban rail coverage is limited, trains are prone to breakdowns and queues spill onto streets where exhaust fumes are intoxicating.

Quality of life is poor for many urban Filipinos, who spend a chunk of their day commuting.

On a typical day, Sarad, 22, takes a train, a bus and two passenger jeeps to get to work.

"In the morning, it's even more difficult to commute because the pressure not to be late is there. You really have to fight your way in," she said.

A 2015 survey by GPS-based navigation app Waze found that Manila had the world's worst traffic congestion, partly due to a tripling of annual car sales from a decade ago.