DHAKA, Bangladesh - Eight people have been killed in vigilante lynchings in Bangladesh sparked by rumours on social media of children being kidnapped and sacrificed as offerings for the construction of a mega-bridge, police said on Wednesday (July 24).

The victims - which include two women - were targeted by angry mobs over the rumours, spread mostly on Facebook, that said human heads were required for the massive US$3 billion project (S$4.09 billion), police chief Javed Patwary said.

"We have analysed every single case of these eight killings. Those who were killed by lynching mobs - no one was a child kidnapper," chief Patwary told reporters in Dhaka.

More than 30 other people have been attacked in connection with the rumours.

Chief Patwary said police stations across the country had been ordered to crack down on rumours, and at least 25 YouTube channels, 60 Facebook pages and 10 websites have been shut down.

Mob lynchings are common in Bangladesh, but the latest incidents are particularly brutal.

Local media said they started after reports circulated of a young man allegedly found carrying the severed head of a child in the northern district of Netrokona. 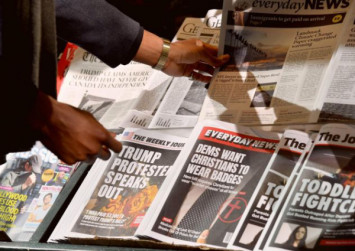 Among the latest victims was a single mother-of-two, Ms Taslima Begum, who was beaten to death in front of a Dhaka school on Saturday by a mob which suspected her of being a child kidnapper, a police official told AFP.

A deaf man was also beaten to death outside the capital that day while trying to visit his daughter.

Police said eight people have been arrested over Ms Begum's murder, and at least five others detained for their role in spreading the rumour on social media.

The lynchings could be "a sign of people's distrust in the existing law and order system", Dhaka University sociology professor Monirul Islam told AFP.

The bridge - which is set to be Bangladesh's biggest - is being built on the Padma, a major tributary of the Ganges.

Rumours of human sacrifices being required for a bridge in Bangladesh have surfaced before, with several people attacked in 2010 over another structure, according to local media.