A Chinese blogger's unfortunate story on Weibo may help to improve road safety and communications for all tourists in Thailand.

The mother of three was reportedly on a her way from Bangkok to Koh Chang late last year when she was caught in a road accident which resulted in her left arm being amputated. She was riding in a rented passenger van with a driver provided by a tour company.

Taking to microblogging platform Weibo, her story caught the attention of netizens who launched a firestorm of criticism on Chinese social media with headlines such as “Don’t go to Thailand”.

After her story was shared online and on the local news, officials from the Tourist Assistance Centre (TAC) and police visited her bedside on Dec 31, bearing gifts of flowers and health supplements.

“The tourism officials visited me with flowers and asked me about the accident. They had seen the news online. Thank you to everyone," the woman wrote.  “I hope they investigate these rental companies to stop such accidents in the future."

In a report by Thaiger, police said the company and its driver and the family of the victim would discuss compensation.

In a follow-up post, the blogger wrote: "My friends told me my story made it to the local news. At that time, I said I would never return to Thailand for a holiday again! For the case to have developed to this point, I can't help but be amazed at the influence of Sina Weibo! 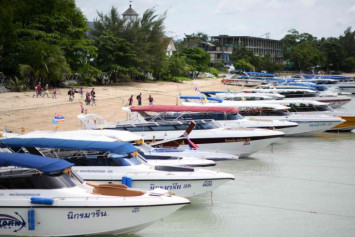 "At the end of the day, they're scared to lose revenue from tourists! I personally hope that this incident will improve road safety and management, and not let (Thailand) continue to be a country with the highest number of traffic accidents!"

This incident comes after boats carrying a total of 127 Chinese tourists capsized in Phuket in July last year, resulting in the deaths of 41 mainlanders.

Visitor numbers from China, who make up the bulk of tourists to Thailand, have since plummeted, with many concerned with safety issues. 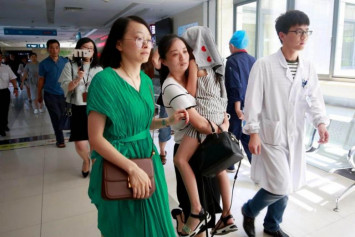 Additionally, Thailand’s image in China has also been marred by a dengue outbreak, the strength of the baht and, most recently, a viral video of an airport guard apparently punching a Chinese tourist, according to a report by the South China Morning Post.