MANILA - Tessie, her husband and their adult son recently vacated their home of 37 years in a Manila suburb to make way for some unfamiliar tenants - 20 Chinese nationals.

It wasn't an easy decision to let out their five-bedroom home, but for 140,000 pesos (S$3,713) a month in rent - nearly three times the norm in their middle-class neighbourhood - it was an offer too good to refuse, said Tessie. She declined to be identified by her full name.

Like Tessie, many Filipino landlords are laying out welcome mats for the surging number of Chinese coming to Manila to work in online gaming companies taking sports and casino bets, undeterred by simmering anti-China sentiment and a common perception that Chinese are taking Filipino jobs.

"I was afraid at first because I heard so many bad things abut Chinese tenants but I was convinced later on when my friends told me they were doing the same," said Tessie. 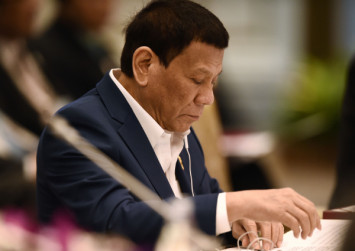 Her home is close to a two-tower office building where five of the nine floors are used by Chinese gaming firms. A Chinese restaurant and Chinese tea shop downstairs do brisk trade.

Such arrangements are now commonplace across the business hubs of Manila, where Chinese gaming firms are capitalising on the Philippines' liberal gaming environment and an insatiable appetite for gambling in China, which forbids all types of betting.

The influx started in 2016, coinciding with the rise of Philippine President Rodrigo Duterte, who since coming into power has pursued warmer ties with China, and the gaming regulator's move to license these Internet gambling operators.

The number of Chinese work permit holders nearly quadrupled in two years to 109,222 in 2018, government data showed, making China the biggest source of expatriate workers in the Philippines.

In comparison, there were 4,477 work permit holders from Japan and 622 from the United States last year.

The arrival of Philippine offshore gaming operators, better known as POGOs, has become a major boon for the property market just as it was getting crimped by a slowdown in the country's outsourcing sector.

"We would have had double-digit vacancy rates by 2017 if POGOs did not come."

POGOs will likely take up one million square metres of office space in Manila by year-end, Andaya said, nearly 12 times more than in the last quarter of 2016.

Office rents in the Manila Bay area, which has the highest concentration of POGOs, have risen as much as 150 per cent over the past two years, Andaya said, comparable to rents in Makati.

Alongside, the influx of Chinese workers has fuelled a surge in demand for residential space, lifting condominium and housing rents by as much as 50 per cent in areas where POGOs operate.