Late last year, China effectively banned tour groups to the idyllic tropical archipelago, branding it an illegal destination due to its lack of diplomatic status.

As China extends its influence across the Pacific, Palau is one of Taipei's 18 remaining allies worldwide and is under pressure to switch allegiances, officials and business people there say.

"There is an ongoing discussion about China weaponising tourism," said Jeffrey Barabe, owner of Palau Central Hotel and Palau Carolines Resort in Koror. "Some believe that the dollars were allowed to flow in and now they are pulling it back to try and get Palau to establish ties diplomatically." 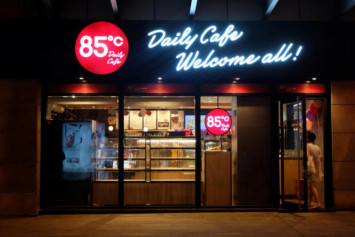 In the commercial centre of Koror, the Chinese pullback is obvious. Hotel blocks and restaurants stand empty, travel agencies are boarded and boats which take tourists to Palau's green, mushroom shaped Rock Islands are docked at the piers. The decline since the ban was announced has been so sharp, charter airline Palau Pacific Airways announced in July it would terminate flights to China, four hours away, from the end of this month.

The Chinese government was "putting an effort to slow or stop tourists going to Palau", said the Taiwanese-controlled airline, which has experienced a 50 per cent fall in bookings since the China restrictions began. 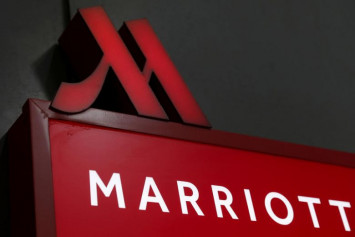 Asked if designating Palau an illegal destination was a way of putting pressure on it to move away from Taiwan, China's Foreign Ministry said relations with other countries had to happen under the framework of the "one China" principle.

"The one China principle is the pre-condition and political foundation for China to maintain and develop friendly cooperative relations with all countries around the world," it said in a statement to Reuters, without specifically addressing the Palau issue.

The "one China" principle is a core government policy that states Taiwan is an inseparable part of China.

Taiwan's Ministry of Foreign Affairs says China has lured four countries to switch diplomatic recognition from Taipei to Beijing in the past two years by offering generous aid packages and investment.

"While Taiwan faces serious diplomatic challenges, the government will not bow down to pressure from Beijing," the ministry said on its website. "Taiwan will work with friendly nations to uphold regional peace and stability and ensure our rightful place in the international community."

Palau President Tommy Remengesau Jr. said there had been no official communication from Beijing on the tourism restrictions.

"It is not a secret that China would like us and the diplomatic friends of Taiwan to switch to them, but for Palau it is not our choosing to decide the one China policy," he told Reuters in an interview in Palau's second biggest city, Meyuns.

Remengesau, whose second and final term as president ends in January 2021, said Palau welcomed investment and tourism from China but the current administration's principles and democratic ideals aligned more closely with Taiwan.

Palau was adapting to the China pullback by focusing on higher spending visitors rather than mass tourism, which had taken a toll on the environment, said Remengesau, dressed in a lemon coloured shirt and white shell necklace.

One of Palau's key tourist attractions, the saltwater Jellyfish Lake, was shut in 2017 after large numbers of swimmers were blamed for contributing to plummeting jellyfish numbers.

"The reality is that numbers did not mean big revenues for Palau. It actually made us more determined to seek the policy of quality versus quantity," said Remengesau, who in 2015 declared most of Palau's territorial waters a marine sanctuary the size of California. Former Palau government officials say Beijing is trying to cement its influence in the region ahead of the expiry of the Compact Funding agreements between the United States, the Federated States of Micronesia, the Marshall Islands and Palau in 2023 and 2024.

The United States provides around $200 million a year on average to the Compact states and is responsible for the defence of the three countries, which each hold a seat at the United Nations.

Last December, the US belatedly approved $124 million in assistance for Palau through till 2024, but has not announced any plans to extend the Compact agreements.

"The United States and China are not zero-sum competitors," a US State Department spokesperson told Reuters. "However, we have concerns about the sustainability of debt loads for countries highly indebted to China, as well as the environmental, social, or labour conditions that often come along with Chinese-financed projects."

A June Security report from the US-China Economic and Security Review Commission said Beijing's increasing economic engagement in the Pacific was driven by its diplomatic and strategic priorities, including reducing Taiwan's international presence, gaining access to natural resources and developing a blue water navy.

Former Micronesian government officials said Beijing also wants to extend its Belt and Road Initiative to Palau, and could provide an important source of investment once the Compact agreement expires.

"China is making overtures," said former Palau President Johnson Toribiong. "We should be bringing in investors and that is a big factor in our Palau-Chinese relationship."

Toribiong, who served until 2013, told Reuters Palau should not isolate itself.

"I like Taiwan. But even Taiwanese want China now. The businessmen, they also want China. They don't care about political consequence. Think about the economics," Toribiong said.

Palau receives $10 million annually from Taiwan, as well as education and medical scholarships.

Remengesau said Palau has not had any official talks with China for funding after the Compact expires but the government was discussing the issue internally.

China has quickly become one of the dominant economic players in the Pacific, spending billions of dollars in trade, investment, aid and tourism across Micronesia and the broader region.

China's total goods trade with the Pacific Island Forum member countries reached $8.2 billion in 2017 versus $1.6 billion for the United States, according to the US security report. Chinese concessional loans to Pacific islands have also risen sharply.

In contrast, Washington's efforts to strengthen its position in Palau have been largely superficial, according to locals who cite examples of bigger US flags on their official vehicles and increased public signage.

Chinese activity has slowed significantly, however.

Barabe, the resort owner, said Chinese investors had secured 99-year leases for around 60 hotel projects prior to 2017, but construction has been largely put on hold.

At a lush forest site leased by China's Hanergy group, a rusting metal gate blocks the entrance with no sign of construction. Hanergy did not respond to requests for comment regarding the development.

At a nearby hilltop site overlooking the ocean and leased by another Chinese developer, the shell of a dilapidated mansion stands scrawled with graffiti.

Jackson M. Henry, a real estate appraiser in Koror who helps Chinese companies lease land from local clans, said he was trying to set up channels to aid Chinese investment into Palau ahead of the next election in 2020. Pro business candidate Surangel Whipps Jr. was an early favourite to win the vote.

Henry, whose previous roles included Palau's ambassador to Taiwan and Chairman of Palau Visitors Authority, said Palau wanted to be friends with both Taiwan and China.

"They (Chinese clients) are looking towards the next administration to improve the relationship with mainland China."