A fuel leak in the rocket engine forced India to abort the launch of its landmark Moon mission less than one hour before liftoff, media reports said Tuesday.

A committee of experts was looking into the causes of the problem that put back the bid to become just the fourth nation -- after Russia, the United States and China -- to land a spacecraft on the Moon.

Having halted the countdown 56 minutes and 24 seconds before the scheduled launch of Chandrayaan-2 -- or Moon Chariot 2 -- the Indian Space Research Organisation gave no explanation for what it called a "technical snag" in the rocket nor a date for a new attempt.

"As a measure of abundant precaution Chandrayaan-2 launch has been called off," ISRO said.

However, the Times of India quoted a senior mission scientist as saying there had been a leak in the GSLV-MkIII rocket's helium fuel component.

Read Also
The moon now has hundreds of artifacts. Should they be protected? 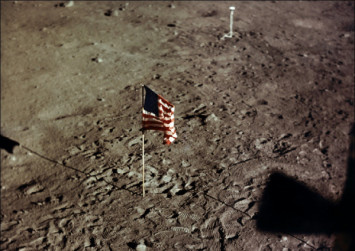 "After filling helium, we found the pressure was dropping, indicating there was a leak," the unnamed scientist said adding that it was possible there were "multiple leaks".

"We were lucky that the mission did not enter the automatic launch sequence else all would have been lost," the Hindustan Times quoted a senior ISRO official as saying.

The report added that scientists were "racing to plug the leak" in time for a new launch window at the end of July.

Experts said Indian mission chiefs would be cautious about trying a new liftoff.

"If the launch does not happen in the next 48 hours, it could be postponed for a few months until we get an opportune launch window," said Ravi Gupta, a scientist formerly with the state-run Defence Research and Development Organisation.

India has spent about $140 million (S$190 million) on Chandrayaan-2, with most of it home-made. It is one of the cheapest in the crowded space race.

The launch would have been the third to the moon this year.

China put its Chang'e 4 mission on the lunar surface in January, while Israel's $100 million Beresheet crash-landed when it sought to become the first privately funded mission in April.

A soft landing on the Moon would be a huge leap forward in India's space programme.

National pride is at stake as Prime Minister Narendra Modi has vowed to launch a crewed space mission by 2022.

It follows another high-profile but low-cost Indian mission -- Mangalyaan -- which put a spacecraft in orbit around Mars in 2014 at a fraction of the cost of comparable projects by established space powers like the United States, which often cost billions of dollars.

The Indian mission involved a 2.4-tonne orbiter that will circle the Moon for about a year taking images and testing the atmosphere. A lander named Vikram was to take the rover to the surface near the lunar South Pole.

The rover that was to be put on the surface on September 6 was to spend 14 days sending back data on rocks and soil.

India's first lunar mission in 2008 did not land on the Moon but orbited it searching for water using radar.

New Delhi also has ambitions to land a probe on Mars, following the success of the Mangalyaan orbiter.

Lunar exploration has been in focus in recent months with the looming 50th anniversary of the first human landing on the Moon, and US President Donald Trump giving NASA a 2024 deadline to return astronauts to the lunar surface.