TOKYO - Carlos Ghosn's daring flight from Japan, where he was awaiting trial on charges of financial wrongdoing, has revived global criticism of the nation's "hostage justice", but in Japan is prompting talk of reversing more lenient curbs on defendants.

The ousted boss of Japan's Nissan Motor Co and France's Renault SA fled to Lebanon, saying on Tuesday (Dec 31) that he had "escaped injustice" and would "no longer be held hostage by a rigged Japanese justice system".

Ghosn was first arrested in November 2018 when his private jet landed in Tokyo and kept in jail for more than 100 days as prosecutors added more charges, all of which he has denied.

He was released on US$9 million (S$12.2 million) bail in March - only to be arrested and bailed again the following month.

He was facing four charges, including underreporting his Nissan salary and transferring personal financial losses to his employer's books while he ran Japan's No. 2 automaker.

His apparent escape from Japan's legal system - Tokyo and Lebanon don't have an extradition treaty - will likely halt or even reverse a trend of recent years toward granting bail in more cases, said Dr Colin Jones, a law professor at Doshisha Law School in Kyoto.

"I would expect it to be more difficult for foreign defendants to get bail," Dr Jones said.

In Japan, suspects who deny the charges against them are often detained for long periods and subject to intense questioning without a lawyer present, a system critics call "hostage justice".

Japanese civil rights groups and the main bar lawyers association have long criticised a system that convicts 99.9 per cent of criminal defendants.

They say it gives too much power to prosecutors, who can detain suspects for long periods before indictment, and relies too much on confessions, some later found to have been forced and false.

Ghosn's escape is clearly a shock to Japan's legal establishment.

"This case raises the extremely serious issue of whether it's all right to continue the trend toward bail leniency," said former prosecutor Yasuyuki Takai.

"The legal profession and lawmakers need to quickly consider new legal measures or a system to prevent such escapes," Mr Takai, who was formerly with the special investigation unit of the prosecutor's office, told public broadcaster NHK.

"Until the way to achieving this is in sight, we should carefully consider temporarily halting this trend toward bail leniency." 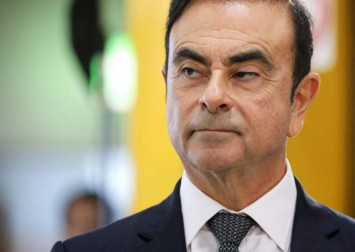 The Tokyo District Court granted Ghosn bail over the objection of prosecutors because of his lawyer's assurances that the former executive would observe his unusually strict bail conditions - which included surrendering his passports, barring him from seeing his wife Carole or using the Internet outside his lawyers' office.

"But this trust was betrayed and even this high bail didn't prevent him from fleeing the country," Mr Takai said.

The bold escape "may provide grounds for a backlash but only in very unusual cases", he said.