The perils of taking public transport, it seems, are the same across major cities.

Hong Kong, a place not unlike Singapore, released a campaign video this week of the 12 bad behaviours commonly occurring on their public trains and buses.

The three-minute clip features award-winning actress Deanie Ip encountering the dozen scenarios and taking them on, although we're guessing the creators' objective is merely to flag them, since some of Deanie's methods can be seen as debatable.

Cycling through the skits, it's not difficult to be fooled into thinking this is Singapore.

Some of the milder ones include making space for others to board and hogging a grab pole or an extra seat.

The ones less common yet more infuriating include 'stealing' a seat given up for someone else and placing your feet on another seat.

Hong Kong's Transport Department clearly sees courtesy on public transport as beyond just giving up seats for the needy.

In one scene, a commuter is seen stretching on the train, a nod to people who are not always conscious of personal space. Deanie then asks tongue-in-cheek, "How about a backflip? Or a pull-up?" 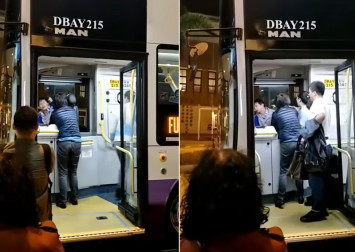 In another, Deanie asks an eating culprit, "Why not start a hotpot?"

The man who places his feet on a bus seat is not spared Deanie's wit too. She approaches him smilingly and asks, "Are your shoes sterilised?"

But the line between teasing and aggro is a thin one. Deanie practically scolds commuters who are distracted by their mobile devices (how relatable), although in her defence some of them flare up first.

Using Deanie, the star of movies A Simple Life (2011) and Crying Heart (1999), is appropriate. The septuagenarian is known to be a frequent user of public transport.

In fact, she told Apple Daily she has spoken out on a train before.

But her reminder for a male passenger that drinking is not allowed was met with an insult. 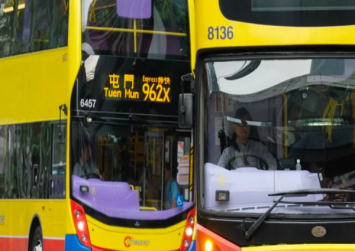 Deanie raised other examples of inconsiderate conduct in that same interview, such as flicking booger after picking your nose, but the one that triggers her most is sick people who don't wear masks.

"They cough or sneeze but when you speak to them, they feel victimised."

Although some commenters have tried to attribute such bad behaviour to the increase in Mainlanders in Hong Kong, Deanie said Hongkongers are no better.

The title and slogan of this campaign video translates as "When taking public transport, consider yourself and consider others".

Most Hongkongers reacted positively to the reel and hailed Deanie.

Leolaw624 wrote, "This advertisement is very on point, especially the part about playing loud music from your handphones," while Dada Da added, "Can we broadcast this during TVB's best time belt?"

Carven Cheng commented, "Finally a government video that deserves a 'like'."