In silence, Pang Un-sim stares down at the jumbled-up playing cards for one minute, slowly shuffling through them.

Putting the pile aside, the 22-year-old takes a second pack and arranges them in order. One by one, the two sets are turned over. They match perfectly.

Behind her stand four trophies and a tableful of medals, the North Korean haul from the World Memory Championships in December - the first time the country had entered. Despite fielding a team of just three contestants, led by Pang, they collected seven gold medals, seven silvers and five bronze.

"I wouldn't say it's easy, but when you put in the time and make an effort, you can remember," she says. "When you are having fun memorising, it is not as hard as people think."

At the championships Pang came second overall, her feats including memorising 5,187 binary numbers in order and 1,772 cards in an hour, while her fastest time memorising a pack of playing cards was 17.67 seconds.

Her teammate Ri Song-mi - who came 7th overall - set a world record by recalling 302 words in 15 minutes. And in the hour numbers event, when competitors have 60 minutes to memorise as many digits as possible, all three North Koreans came in the top five. Two of them beat the previous world record, with Pang scoring 3,240.

Organisers had no idea until the last minute that a North Korean team was entering the contest in Hong Kong.

"It was like a battering ram of surprises because every one of the 10 events featured a North Korean in the top three. Out of nowhere came this meteorite and shooting star and it was shocking in the most delightful sense."

Cha heads the speed reading research department at the Kim Hyong-jik university of education in Pyongyang, where all three teammates were students - and Pang, whose subject was mathematics, has now joined the faculty.

Many memory competitors use a technique known as the Dominic System that replaces numbers with letters and represents them as images and actions that they connect by making up a story. By retelling the story to themselves, they decipher the items to be recalled.

Read Also
How can I sharpen my memory? 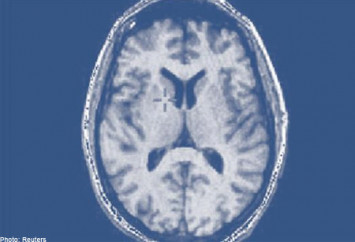 "For example, this is an ox and the next one is a bed," Pang says. "The ox is sleeping on the bed and the bed is wobbly and because an ox is sleeping in the bed instead of a person, the bed breaks in the end. That's the scene I see … I use my imagination."

But the North Koreans have broadened the standard method to bring in other variables, enabling them to memorise faster and remember more, according to coach Cha.

"We use all the senses for association," he explains. "Feeling, taste, movement, imagination, rhyme and everything you could do in your brain."

Entering the championships was intended to test their system on the world stage, he adds. The team trained six hours a day for two months before the event.

North Korea is diplomatically isolated and subject to multiple sanctions over its nuclear weapons and ballistic missile programmes, but its authorities constantly reinforce national pride and faith in its leaders - one popular song is called We have nothing to envy in the world.

"When we actually competed, I learned that we Korean people are smart," says Pang, who wore a badge depicting the country's founder Kim Il-sung and his son and successor Kim Jong-il - all North Koreans display a pin showing one or both men.

"We were far superior than contenders from other countries and our memorisation techniques did not lag behind but were enough to compete squarely with the world. Because we had mental strength we swept the competition."