How a sanctions-busting smartphone business thrives in North Korea

SEOUL - North Korea is evading UN sanctions to cash in on soaring domestic demand for smartphones, using low-cost hardware imports to generate significant income for the regime, according to defectors, experts and an analysis of North Korean-made phones.

Economists estimate as many as six million North Koreans - a quarter of the population - now have mobile phones, a critical tool for participating in an informal market economy that has become a key income source for many.

Reuters spoke to some 10 defectors and experts about the use of mobile devices in North Korea, as well as reviewing state media reports and advertisements for mobile devices, and examining two North Korean-branded smartphones.

The phones feature Taiwanese semiconductors, batteries made in China and a version of Google's open-source Android operating system, analysis of the North Korean phones revealed.

North Korean leader Kim Jong Un has endorsed wireless networks, some reportedly built with the help of China's Huawei Technologies, and local mobile phone brands through public speeches and a tour to a mobile phone factory reported by state media.

Basic North Korean phones typically cost between US$100 (S$138) and US$400 at state stores or private markets, experts and defectors say. Subscriptions to mobile carriers are registered at the telecom ministry's stores.

Phones are typically sold with service plans that include 200 minutes of calling time. Prepaid plans cost about US$13 dollars for 100 minutes, North Korean phone advertisements show.

While those prices are comparable to or higher than what mobile phone customers pay in other countries, North Koreans earn an average of about US$100 per month, only about 4 per cent of their southern neighbours, according to South Korean government data.

International brands such as Apple iPhones are not publicly on sale, but traders and wealthy North Koreans can buy them outside the country and use them with local SIM cards, defectors say.

North Korean phones can only be used to call domestic numbers and have some unique security features.

Reuters found a warning pop-up when installing an "unidentified programme" on the Pyongyang 2418 smartphone stating: "If you install illegal programmes, your phone can malfunction or data will get destroyed."

Apps such as maps, games and an English dictionary show they are developed by North Korean engineers at state-run enterprises or state universities.

The regime has also developed a home-grown surveillance tool on mobile phones, according the UK-based cybersecurity company Hacker House.

When a user accesses illegal or non-state approved media, an alert is generated and stored inside the phone. A modified version of Android also conducts surveillance and tracks users, Hacker House said.

North Korea's representatives at the United Nations did not respond to requests for comment.

Still, the phones are a big asset in North Korea's grey market economy, which has flourished since a devastating famine in the 1990s.

She used the phone to help successfully run a retail business selling Chinese clothes and shampoos, arranging deliveries from wholesalers.

"It turned out we could make a way more money than our official salaries," said Choi, who has since defected to South Korea, declining to give her full name for fear of retribution against relatives still in North Korea.

In a survey this year of 126 North Korean defectors who had used mobile phones, more than 90 per cent said cellphones improved their daily lives and about half said they used them for market activities.

"Millions of people are using mobile phones and need them to make a living or show off their wealth," said Shin Mi-nyeo, executive director of the Organisation for One Korea, a South Korean support group for defectors that conducted the poll.

"Then their phone bills create huge income for the government."

Kim Bong-sik, a researcher at South Korea's Korea Information Society Development Institute, said estimating revenues was difficult, but it was likely to be one of the state's biggest earners given the scale of the business.

The two Pyongyang-branded smartphones examined by Reuters are powered by chips from Taiwan's MediaTek and run a version of Google's Android operating system, along with the North Korean security software. Ads for an Arirang-branded handset also claimed to use MediaTek chips.

The Pyongyang 2423 smartphone manufactured last year featured Mediatek's MT6737 chipset and a slot for one SIM card and one memory card. The memory card's serial number showed it was produced by Japanese chip-maker Toshiba.

The device's identification number showed the phone was manufactured by the Chinese firm Gionee, a maker of low-end smartphones. 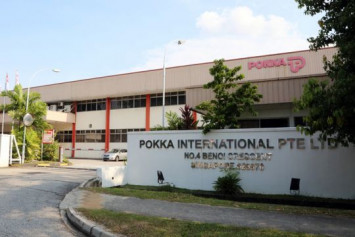 Google said any hardware maker can use open-source Android software at no cost, meaning no export rules are being violated in regards to North Korean smartphones.

Mediatek said in a statement to Reuters it had not shipped any products to North Korea, and was in full compliance with sanctions. Toshiba also said the company had no business with North Korea.

Gionee did not immediately respond to requests for comment.

"North Korea cannot make phones without using foreign components and technology," said Kim, the researcher. "That means it is violating sanctions to keep running the business."

Official customs data show North Korea imported US$82 million worth of mobile phones from China in 2017, the third biggest import item after soybean oil and fabrics.

That number dropped to zero in 2018 as sanctions bit.

But while sanctions eliminated official imports, informal trade along the China-North Korea border appears to be ongoing, experts and defectors say.

Chinese officials referred questions to the Ministry of Industry and Information Technology, which declined to comment.

China has repeatedly said it upholds UN sanctions but has defended what it calls "normal trade" with North Korea.

The US Commerce Department has been investigating Huawei since 2016 and is reviewing whether the company violated export control rules in relation to sanctions on North Korea, sources have said.

ZTE Corp agreed last year to pay a US$1 billion fine for violating US sanctions involving shipment of telecom equipment to Iran and North Korea.

Huawei and ZTE did not respond to Reuters' requests for comment.