Police in Indonesia have launched a manhunt for a French national accused of drug trafficking, after he broke out of his second-floor cell by sawing through the window bars and rappelling to freedom with a sarong.

Felix Dorfin's daring escape happened on Sunday evening at a detention centre on Lombok island, where the 35-year-old was awaiting trial in a possible death penalty case.

"He escaped through the window on the second floor in the detention centre and, using a sarong and curtains which were tied together, he climbed down and then escaped," said West Nusa Tenggara police spokesman I Komang Suartana.

Dorfin is believed to still be in Lombok. Police have deployed officers to scour the island to search for him, said Suartana. 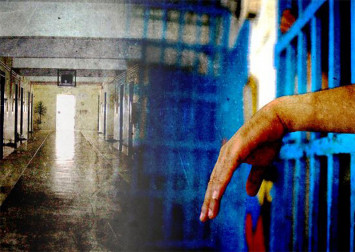 The Frenchman was arrested in September for allegedly carrying a false-bottomed suitcase filled with 4kg of drugs - including cocaine, ecstasy and amphetamines - at the airport on the holiday island.

Indonesia has some of the world's strictest drug laws - including death penalty sentences for some traffickers.

Indonesia has executed several foreign drug smugglers in the past, including Australians Andrew Chan and Myuran Sukumaran, who were ringleaders of the notorious Bali Nine heroin smuggling gang and faced the firing squad in 2015.

Serge Atlaoui, a convicted French drug smuggler, has been on death row since 2007.

Jailbreaks are also common in Indonesia, where inmates are often held in unsanitary conditions at overcrowded and poorly guarded prisons.

In 2017, four foreign inmates tunnelled their way out of a Bali prison. Three of the fugitives were captured a few days later, while the fourth - an Australian - is still on the run.

It was not clear whether prosecutors would seek Dorfin's execution if he was convicted.