NEW DELHI - Indian police said on Sunday (May 6) they have arrested the main suspect in the gang rape and gruesome murder of a teenage girl, in the latest of several high-profile sexual assault cases in the country.

The local village chief has also been detained while the 16-year-old victim's family have been given special police protection.

Dhanu Bhuiyan was found at a relative's house where he was hiding after he and accomplices allegedly burned the girl alive Friday in a remote district of the eastern state of Jharkhand.

Police said Bhuiyan became enraged after the local village council ordered him to do 100 sit-ups and pay a 50,000 rupee (S$997) fine for the victim's gang rape. Bhuiyan and his accomplices allegedly attacked the girl's parents before setting their house on fire with the girl inside.

"The main suspect has been arrested from a relative's place where he was hiding. We have also set up a medical board which will conduct the (victim's) post-mortem," police inspector general Shambhu Thakur told AFP.

"We are on the case and we promise the family that the guilty won't be spared." Thakur said the village head has also been arrested since he "announced a punishment that led to the murder".

So far 15 people have been arrested in the case, Thakur said, adding that the accused and the victim seemed to know each other.

Jharkhand Chief Minister Raghubar Das has called for stringent punishment and announced compensation of 100,000 rupees for the victim's family.

He has condemned the killing as "barbaric". 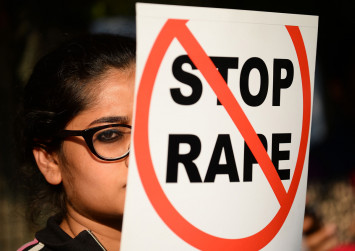 Indian authorities have faced renewed pressure to act in the wake of several horrific sexual assault cases, including the recent gang rape and murder of an eight-year-old Muslim girl by a group of Hindus.

Amid mounting outrage, the government has changed the law to allow execution for child rapists.

India previously tightened the law following the 2012 rape and murder of a student on a bus in New Delhi, a crime that triggered mass protests.

Some 40,000 rape cases were reported in 2016, with many more believed to go unreported because of stigma attached to sex crimes in deeply patriarchal India.