Commuters watch videos on their mobile phones as they travel in a suburban train in Mumbai, India, April 2, 2016.

NEW DELHI — India launched a crackdown on Monday (Nov 21) against fake consumer reviews and unverified ratings in a bid to make the online world and e-commerce more authentic and less misleading for users.

The government has drafted guidelines for companies from Alphabet Inc's Google, Meta Platform's Facebook and Instagram, and Amazon.com Inc to travel sites and food delivery apps that depend on reviews to validate products and services.

Some companies have been criticised by consumers and industry experts for downplaying negative reviews, or accepting fake ratings, making the vetting process difficult for buyers.

The named companies did not immediately respond to a Reuters email seeking comment.

"Feedback mechanisms such as reviews are essential for consumer interest. We welcome the steps being taken by the government... and are obliged to be a part of the constituted committee," said a spokesperson for Zomato.

"The new guidelines for online reviews are designed to drive increased transparency for both consumers and brands and promote information accuracy," said Sachin Taparia, founder of LocalCircles, a community platform and pollster which made the initial submission to the Department of Consumer Affairs and was part of the committee drafting the guidelines. 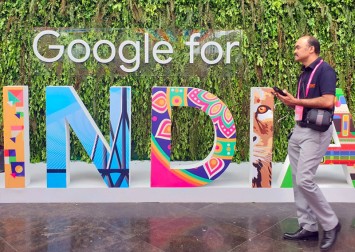 "As far as platforms like Google and Facebook go, the new rules will require them to validate the real person behind the review through specified 6-8 mechanisms which means fake accounts created just for review writing will go away over time or won't be able to review," said Taparia.

Full details of the proposal are not yet public.

"We do not want to bulldoze this. We will first see voluntary compliance of these guidelines. And if we see the menace continues to grow we may make this mandatory," Rohit Kumar Singh, secretary of the Department of Consumer Affairs, told reporters in New Delhi.

The Bureau of Indian Standards will assess compliance, the ministry said.

Online companies say they have internal checks in place to combat fake reviews, but currently failure to do so is not a compliance breach.

If the guidelines become mandatory, companies could face action for unfair trade practice, for suppressing negative reviews or for enabling planting of fake reviews, Taparia said.