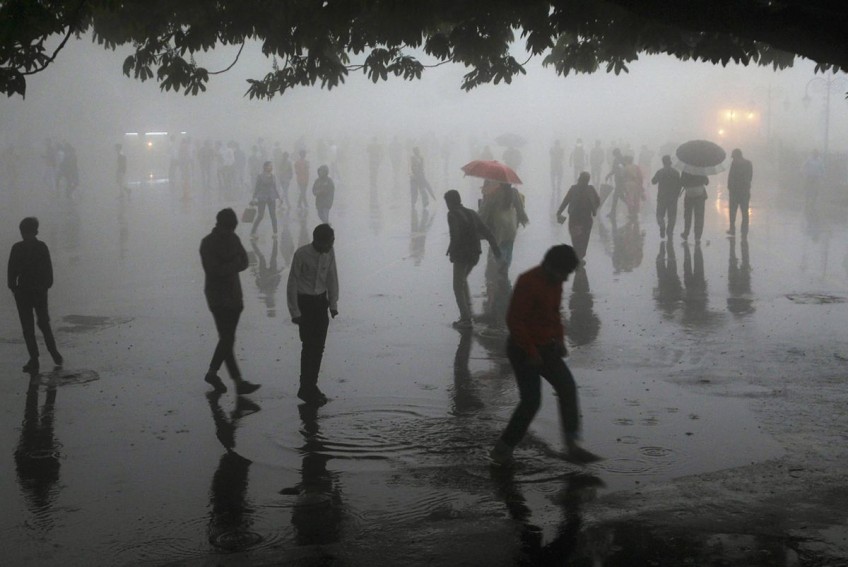 AGRA, INDIA - A series of powerful super storms that tore through India this week have killed 143 people, as officials warned on Friday (May 4) the death toll could rise with more extreme weather expected.

The India Meteorological Department has warned there are likely to be more storms over a wider area on Saturday (May 5).

A deadly dust storm claimed 121 lives in Uttar Pradesh, Rajasthan, Uttarakhand and Punjab, while an electric storm, in which lightning struck an estimate 40,000 times, left 21 people dead in the country's south.

Thousands of people in Uttar Pradesh and Rajasthan had their homes destroyed by the freak storm, which was packing winds of up to 130 kilometres (80 miles) per hour.

A total of 76 people were killed in Uttar Pradesh, India's most populous province, the state disaster management department said, with Agra district one of the worst hit areas, with at least 43 people killed.

"We couldn't sleep and were worried if the storm hits again. We took precautions and secured everything but nothing can stand up to nature's fury," 40-year-old Agra resident Munna Lal Jha told AFP.

Twenty-four people were killed in a single village in Kheragarh, near Agra, local media reported.

Thirty-nine deaths were reported in the neighbouring desert state of Rajasthan, which was hit by winds of over 100 kilometres per hour, destroying houses, tearing up electricity networks, and uprooting trees.

Storms and lightning strikes kill thousands of people every year in India but this was one of the most deadliest series of storms in recent decades.

Seven people were killed on Thursday in lightening strikes and strong winds, which knocked down walls and tore up trees in the state.

"We have similar weather warnings for next two days," Chandravadan told AFP.

Another 14 people were killed in Andhra Pradesh, which was hit by more than 41,000 lightning strikes late Tuesday.