A man in Northern India, Mukarampur village, celebrated his 22nd birthday by sinking a gift from his parents into the Western Yamuna Canal in a fit of anger.

Only, the gift just happens to be a high-performance BMW M3.

The young man, only known as Akash, had reportedly been upset that his parents hadn't bought him a Jaguar as he had originally demanded.

He went on to record a video of the car being pushed into the water and posted it on social media in the Aug 9 incident, said a police officer who spoke to IANS. However, other reports stated that he had forwarded the clip to his parents.

The car can be seen floating away before getting stuck in the middle of the canal, owing to a stretch of tall plants.

Akash reportedly also jumped into the water to join the rest in their efforts. The car was only retrieved several hours later after some of the villagers enlisted the help of the police, divers and an earthmoving machine.

A police officer told media outlets that Akash had originally gotten a Toyota Innova from his in-laws which his parents had sold to buy him the BMW, but he demanded a new Jaguar instead. He added that Akash's parents had shown some medical reports to explain that he was suffering from psychiatric issues.

He claims that the car had fallen into the canal when Akash had swerved to avoid hitting an antelope. According to him, Akash had never demanded a Jaguar, adding that they had two cars at home; a BMW and a Subaru Swift.

Regardless, the video went viral, with many angry netizens lashing out at Akash, accusing him of being ungrateful. 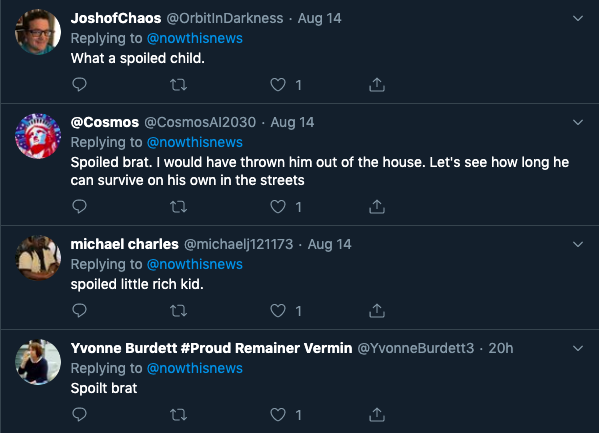 #india #BMW #viral #viral videos #In Case You Missed It