A Russian tourist attempting to smuggle a drugged orang utan out of Indonesia in his suitcase to bring home and keep as a pet has been arrested in Bali, police said on Saturday (March 23).

Andrei Zhestkov was detained in Denpasar airport late on Friday while passing through a security screening before a planned flight back to Russia.

Suspicious officers stopped him and opened his luggage to find a two-year-old male orang utan sleeping inside a rattan basket.

"We believe the orang utan was fed allergy pills which caused him to sleep. We found the pills inside the suitcase," Bali conservation agency official I Ketut Catur Marbawa told Agence France-Presse on Saturday. 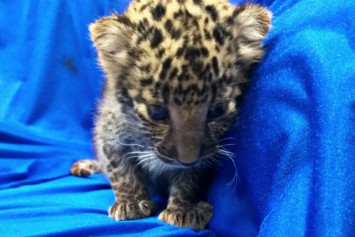 "(Zhestkov) seemed prepared, like he was transporting a baby," he added.

Zhestkov told authorities that the protected orang utan was given to him by his friend as a gift, another Russian tourist who bought the primate for US$3,000 (S$4,050) from a street market in Java.

He claimed his friend, who has since left Indonesia, convinced him he could bring the orang utan home as a pet.

The Russian could face up to five years in prison and US$7,000 in fines for smuggling, Marbawa said.

Orang utans are a critically endangered species, according to the International Union for Conservation of Nature, with only about 100,000 remaining worldwide.

Plantation workers and villagers in Indonesia often consider the apes pests and sometimes attack them, while poachers capture the animals to sell as pets.

A string of fatal attacks on the apes have been blamed on farmers and hunters.

Four Indonesian men were arrested last year over the killing of an orang utan shot some 130 times with an air gun.