Indonesia's navy said that the Vietnamese coastguard rammed one of its vessels off the coast of Borneo as it moved to intercept a boat suspected of fishing illegally in its waters.

The navy subsequently arrested a dozen Vietnamese fishermen after the high-seas clash in the southernmost reaches of the South China Sea on Saturday, it added in a statement late Sunday.

Jakarta claims the area as its exclusive economic zone -- waters where a state has the right to exploit resources.

The navy said two Vietnamese coast guard ships tried to prevent the apprehension by ramming its vessel, causing damage to the hull.

Read Also
Penang wants to be like Hong Kong. Problem: its fishermen don't 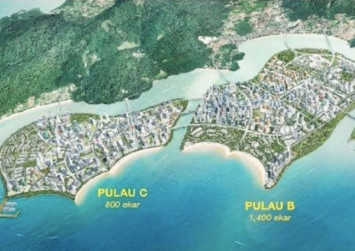 The fishing boat sank possibly due to an accidental collision, Indonesian authorities said without elaborating.

Two fishermen escaped detention by jumping into the water. They were picked by the Vietnamese coast guard, which then fled, the navy said.

Video circulating on social media purported to show a Vietnamese patrol boat ramming the left side of the Indonesian vessel as the armed navy crew shouted expletives.

Two years ago, Indonesia changed the name of the southern part of the South China Sea to the North Natuna Sea in a bid to show its sovereignty in the waters.

More recently, it inaugurated a new military base in the chain of several hundred small islands to beef up its border defence.

The moves have prompted criticism from Beijing whose claims in the sea overlap Indonesia's around the remote Natuna Islands.

Indonesia, the world's biggest archipelago nation, has been trying to stop foreign vessels fishing illegally in its territory, claiming it costs the economy billions of dollars annually.