BOGOR, Indonesia - When Indonesian authorities arrested a politician with some 400,000 cash-filled envelopes, it was a stark reminder that a long-time election staple is alive and well in the corruption-riddled country - vote buying.

Bowo Sidik Pangarso was detained last month for alleged embezzlement from a fertiliser firm, but officials also discovered the lawmaker had boxes stuffed with envelopes of low-denomination notes totalling about 8 billion rupiah (S$765,460).

Graft-busters suspect the cash was earmarked for a so-called "Dawn Attack" - a widespread ploy in the South-east Asian archipelago where people receive cash early on voting day in a bid to sway their ballot choice.

About 192 million Indonesians are set to vote next week across the world's third-biggest democracy, electing officials from local legislators to the president. 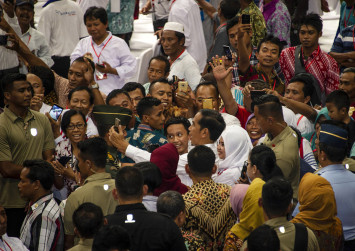 Indonesia is riddled with corruption at all levels of society and its Parliament is widely viewed as one of its most graft-hit institutions - even two decades after the fall of the Suharto dictatorship, among the most corrupt in history.

With a record 245,000 candidates in the running, the April 17 polls presents a huge challenge for the Corruption Eradication Commission which is already probing dozens of vote-buying cases.

"It's not enough to just give money to 100 people. (Corrupt candidates) need to give money to as many as they can, hoping that they'll vote for them."

Sapta Firdaus, a 37-year-old legislator in Sumatra's Bengkulu province, learnt the reality of vote buying when he first ran for office in 2014.

"So many people asked me for money," he told AFP. "They said 'how much are you willing to pay for our support?'" But it wasn't just strangers he met going door to door - some of the politician's own family demanded cash too. "It's become a habit in our society to ask for rewards for anything," he said.

As many as one in three Indonesians was exposed to vote buying in the 2014 election, by some estimates.

Many candidates defend direct handouts as simply "turnout buying" to ensure already-loyal supporters go to the ballot box, according to 2017 research in the Journal of East Asian Studies.

But some admitted to employing freelance brokers to reach "core supporters" of rival candidates whose votes were "simply up for sale" in return for higher payments, it found.

These "market sensitive" candidates determined how much to pay based on their resources, constituency size and also what their rivals offered, the paper added.

Aspiring politicians who are not well known were particularly likely to buy votes, especially if running against celebrity candidates - another election fixture.

"You can either advertise yourself massively or you buy votes," said Syafrina. 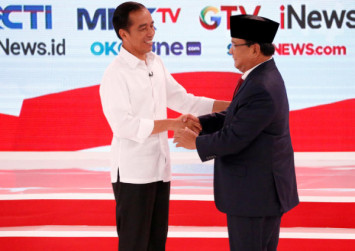 "That applies to incumbent legislative candidates too, particularly those who rarely came to their electoral district and interact with constituents." While penalties have become stiffer, many Indonesians don't see election-time handouts, including food staples such as rice, cooking oil and sugar, as a problem.

"People know that once elected, candidates won't visit the area any more so they use this an opportunity to get some benefits," Syafrina said.

Jakarta has vowed to get tough on corruption, but the challenge is immense.

Last month, a key political backer of President Joko Widodo was arrested in a corruption case, while dozens who served jail time for graft are still running for office this month.

Suharto's son, Tommy, is running for a parliamentary seat despite a 2002 conviction for ordering the assassination of the Supreme Court judge who had found him guilty of corruption.

Graft fighters have notched up some victories, however, including the 15-year jail term handed to former parliamentary Speaker Setya Novanto last year for accepting millions of dollars in bribes and kickbacks.

At a recent political rally outside the capital Jakarta, attendees said vote buying was widespread.

"It's happening in every neighbourhood," said 33-year-old Gustia Ningsih. "Some people will accept cash and change their mind, but others won't switch their vote despite getting paid."

Cafe worker Titin Sumarni said she was "too scared" to consider taking a bribe. "I've already made up my mind who I'm voting for anyway," she added. Firdaus, running for re-election in Bengkulu, vowed to keep his campaign clean even as voters ask him how much their vote is worth. "I just tell them that I'm relying on my policies and will prove it once elected," he said.