JAKARTA - Indonesia’s anti-graft agency named Social Affairs Minister Juliari Batubara on Sunday as a suspect in a million-dollar bribery case, along with four others, while President Joko Widodo warned officials against misuse of public funds.

He becomes the second cabinet minister to be designated a suspect by the Corruption Eradication Commission (KPK) over the last few weeks, following fisheries minister Edhy Prabowo, although in a separate case.

Juliari and two officials are suspected of taking bribes over the procurement of goods worth 5.9 trillion rupiah (S$550 million) to be distributed as Covid-19 social assistance packages, agency chief Firli Bahuri said.

Some suspects were arrested in a sting operation on Saturday in the capital, Jakarta, where the agency found cash of 14.5 billion rupiah, Firli told a news briefing.

“The money was stored in seven suitcases, three backpacks, and in envelopes,” he added. Suitcases of cash were put on display at the briefing.

Juliari was being questioned and will be taken into custody, said agency spokesman Ali Fikri.

Widodo said he had continually warned ministers and regional leaders to avoid corruption and close loopholes for graft.

“That social assistance is really needed by the people and I will not protect those involved in corruption,” he said in a video statement on Sunday. 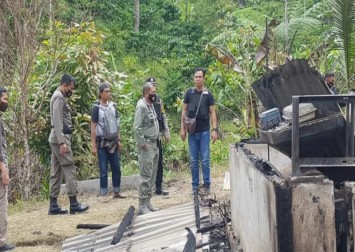 “And we all believe that the KPK works in a transparent, open, professional manner and the government will continue to consistently support efforts to prevent and eradicate corruption.”

The social affairs ministry will give the anti-graft agency full access to information needed for its investigation, said senior ministry official Hartono Laras.

Widodo was elected in 2014 on a pledge to fight graft and several prominent politicians have been jailed for corruption, but concern has nevertheless grown that the anti-graft agency’s clout has weakened during his tenure.